Nell Cooper Leatherwood has been indicted on federal embezzlement charges from the Sequoyah Fund, Inc. (SFI).  The Bill of Indictment lists counts including embezzlement and theft from January 2010 to Nov. 20, 2013 and alleges, “Over the course of those approximately four years, Leatherwood embezzled approximately $900,000 through the use of the corporate SFI credit card for personal purchases and expenses.”

According to the U.S. Department of Justice, Leatherwood was arrested on Wednesday, Dec. 2 and had her initial appearance before U.S. Magistrate Judge Dennis Howell on the same day.  She has pleaded not guilty to all charges and was released on a $25,000 unsecured bond. 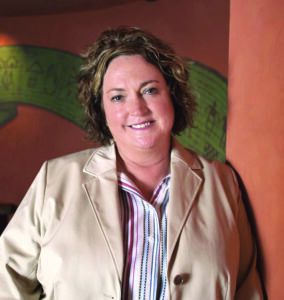 It is also alleged that she wrote 47 checks to herself from the SFI account and “forged the required signatures of the board members as payers, and then cashed or deposited them for her own personal use.  In all, Leatherwood, embezzled approximately $65,000 by forging SFI checks.”

Leatherwood, who was initially hired by the Sequoyah Fund in 2006, faces the following charges as listed in the Bill of Indictment:

Court records state that the U.S. Attorney’s Office is seeking a money judgment of approximately $965,000 in this case.

Sequoyah Fund officials released the following statement, “It is with tremendous sadness that we acknowledge that Sequoyah Fund was the victim of a breach of trust by our former executive director, Nell Leatherwood. Given the ongoing criminal matter, we cannot comment on some details. However, we can say with a great deal of certainty all losses were from the Fund’s own operational accounts, which are used to manage the Fund’s income and expenses. We have no reason to believe that any donor, Tribal, customer, or borrower funds were impacted in any way. The major consequence of this breach of trust is that the Fund has had, and will continue to have, fewer funds available for the lending and programming that benefit the WNC community.”

The statement continued, “The Fund is seeking to recover its losses through insurance claims, criminal restitution, and civil actions, and it has implemented processes and procedures that will help to prevent this type of fraud in the future. We look forward to putting this episode behind us and redoubling our efforts to strengthen the economic fabric of Western North Carolina.”

The statement also included a brief description of its operation and purpose, “The Sequoyah Fund, Inc. is an independent, non-profit Native American Community Development Financial Institution (CDFI), as certified by the US treasury, whose mission is to provide training, technical assistance, and resources to support entrepreneurship, business start-up and expansion and community development in the seven far western counties of North Carolina and on the Qualla Boundary.”