Blankenship requested a recount which was done in the Tribal Council Chambers on Wednesday, Sept. 9.  She picked up three votes on absentee ballots during the recount for a final count of 188-187 in favor of Rep. Ensley.  According to Election Board officials, the three absentee ballots were originally marked very lightly and were not scanned by the counting machine.  Upon inspection on Wednesday, each ballot was clearly marked for Blankenship. 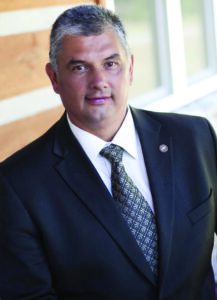 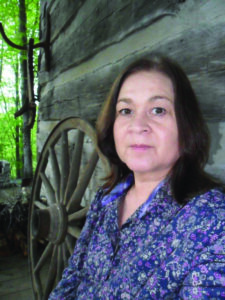 Mario Ruiz, Automated Election Services election director, conducted the recount with Election Board chairwoman Denise Ballard.  During the process on Wednesday, Ruiz explained how some ballots can become spoiled or simply unreadable to the machine.

“There are times when a voter doesn’t follow directions and uses a device to mark the ballot that is not recognizable by the machine like a ball-point pen, a pencil, a red pen, a blue pen, some fancy gel pen,” said Ruiz who related that absentee ballots are sent to voters with a list of instructions of how to properly mark their ballot.  “The machine is designed to read using a certain amount of carbon in the area to calculate the vote.  If they use something that is too light, it won’t read.”

He said the Election Board does try to read ballots that are improperly marked.  “We try to understand the voter’s intent by the marks that they made…if they over-vote or didn’t do it correctly or we can’t tell their intent, or it is damaged, it is considered spoiled because the Board has met and cannot render what they were trying to decide.”

Election Board officials related there were 10 spoiled ballots in the Yellowhill Community.  Once the ballot was deemed spoiled, each of the voters was given a new ballot to re-cast their vote.

“I think the whole process went very well,” said Rep. Ensley.  “I appreciate Jane Blankenship’s attitude.  We have been friends for years and years, and we’ll continue being friends.  I respect anyone that runs for Council a lot.”

He added, “I think we need to take a hard look at the way that ballots are officially marked, but it’s good that we see what we need to work on and move forward.”

Blankenship commented, “First, I would like to thank the members of the Yellowhill Community and my fellow candidates.  It has been a great opportunity, and I wish the best for B. Ensley and Anita Lossiah as they represent our community and Tribe.  I respect the election process and wish to thank the Board of Election members for their dedicated service.  Your job is not an easy one.”

She went on to say, “As a candidate for Tribal Office, I have observed some issues that definitely need addressed including the need for an updated Tribal census and verification of the voter registration lists.  Both physical and mailing addresses need to be verified.  Also, communications regarding the voting process should be mailed to our Tribal members including instructions on marking a ballot, especially when write-in candidates are involved.”

“I have the utmost confidence in our elected Tribal officials as they lead our Tribe and serve our Tribal members.  Please offer your support to them.”