Joan Jett and the Blackhearts to play Harrah’s Cherokee 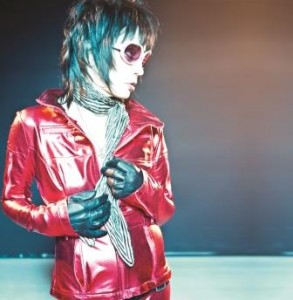 Joan Jett and The Blackhearts are scheduled to play Harrah’s Cherokee Casino Resort Event Center on Friday, Aug. 21.  Joan Jett is an originator, an innovator, and a visionary. As the leader of the hard-rocking Blackhearts, with whom she was inducted into the Rock And Roll Hall Of Fame in 2015, she’s had eight platinum and gold albums and nine Top 40 singles, including the classics “Bad Reputation,” “I Love Rock ‘N’ Roll,” “I Hate Myself For Loving You,” and “Crimson and Clover.” She sits at the head of her own independent label, Blackheart Records. Jett has acted in movies and television, including 1987’s Light Of Day, and in a Tony-nominated Broadway musical, The Rocky Horror Show. She has appeared on such acclaimed television shows as Oprah (the last season) and Law and Order.

Her music has become a permanent force in mainstream culture. A version of “I Hate Myself for Loving You” has been NBC’s Sunday Night Football, performed this past season by Carrie Underwood, and her music is heard in countless films and TV shows including Easy – A, Kick Ass, The Runaways, Shrek, Baby Mama, and many more.