BASKETBALL:  Johnson, McMillan combine for 44 in first round win 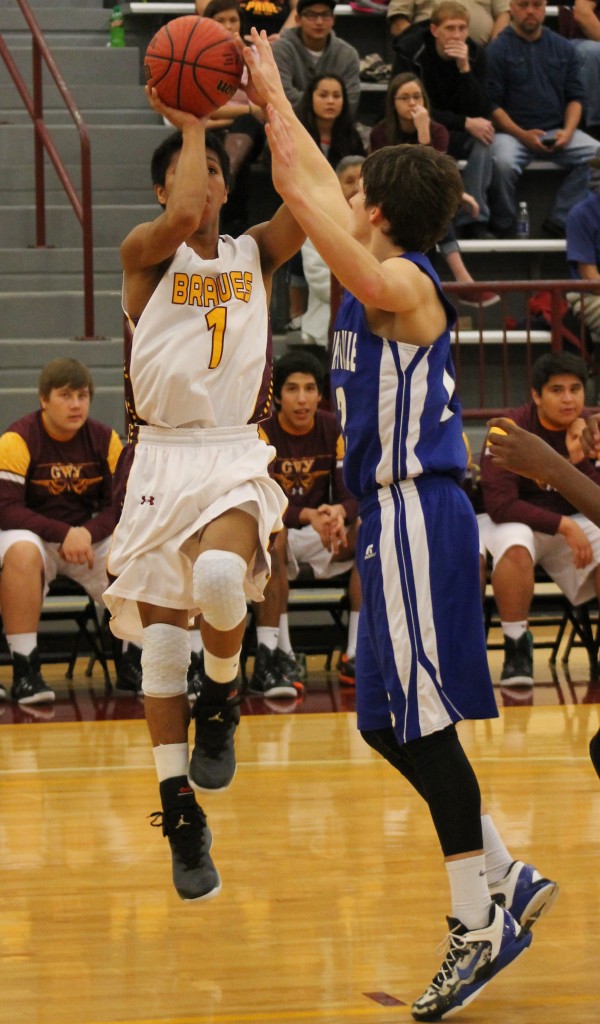 Cherokee’s Dustin Johnson and Jason McMillan combined for 44 points as the Braves cruised to a huge 97-47 win over the Cherryville Ironmen in the first round of the 1A state playoffs on Friday, Feb. 27.  Johnson led the Braves with 24 points and five assists, and McMillan added 20 points of his own and three steals.

“I thought we played great,” said Willis Tullos, Braves head coach.  “It was probably the best game we played all year.  That is what you want to do in the playoffs.  I thought everyone elevated their game tremendously.  They played with great intensity from the very first.”

In all, Cherokee had four players in double figures including Johnson, McMillan, Holden Straughan (10) and Eli Littlejohn (11).

The game started out very close, and Cherryville actually held an early 5-4 lead just two minutes in.  By the 4:06 mark, the game was tied at 8-8.  But, from that point on it was all Cherokee.  The Braves went on a nine-point tear and led 17-8 with around three minutes left in the first period.

The second period started out with both teams exchanging baskets, and the Braves led 41-22 with 4:26 left in the half.  They were able to start extending their lead and held a 58-31 advantage over the Ironmen at the half.

The Braves came out for the third period on a run and outscored Cherryville 18-5 in the first five minutes.  Steven Straughan hit a three-point shot at the 3:02 mark to give Cherokee a 40-point lead and invoke the NCHSAA mercy rule.  By the end of the period, the Braves led 88-39.

The fourth period flew by with the clock running continuously, and Cherokee took the big 97-47 win.

To view or purchase photos from this game, visit https://onefeather.smugmug.com/SPORTS/BASKETBALL/BRAVES-BASKETBALL-201415/Vs-Cherryville-1st-round-state/