ON THE SIDELINES:  Use Cherokee Anthem as well

Each sporting event in the State of North Carolina begins with the singing of the National Anthem.  Those who can, stand and salute the flag of the United States of America and sing the familiar song by Francis Scott Key.

But, in Cherokee, I’d like to see two national anthems performed – the U.S. National Anthem and the United Cherokee Nations Anthem.

The Cherokee Anthem was written by EBCI Beloved Woman Myrtle Driver and EBCI tribal member Paula Nelson in 2004.  The anthem was born out of a project to translate the U.S. National Anthem into the Cherokee language.  It quickly turned into a project to write a separate national anthem that could be used by Cherokee people everywhere.

The United Cherokee Nations Anthem is used at cultural events here in Cherokee such as the Annual Kituwah Celebration, various school programs, and at the Cherokee Indian Fair.  I feel it would be very fitting if it were sung at the beginning of each Cherokee Central Schools athletic event.

The Eastern Band of Cherokee Indians is a proud, sovereign nation, and having the anthem sung would only boost pride among tribal members…plus, it’s a beautiful song. 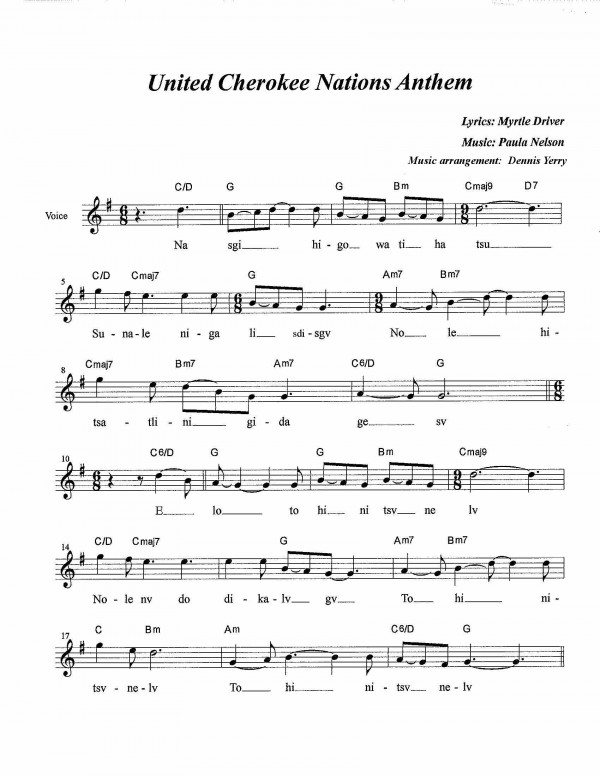 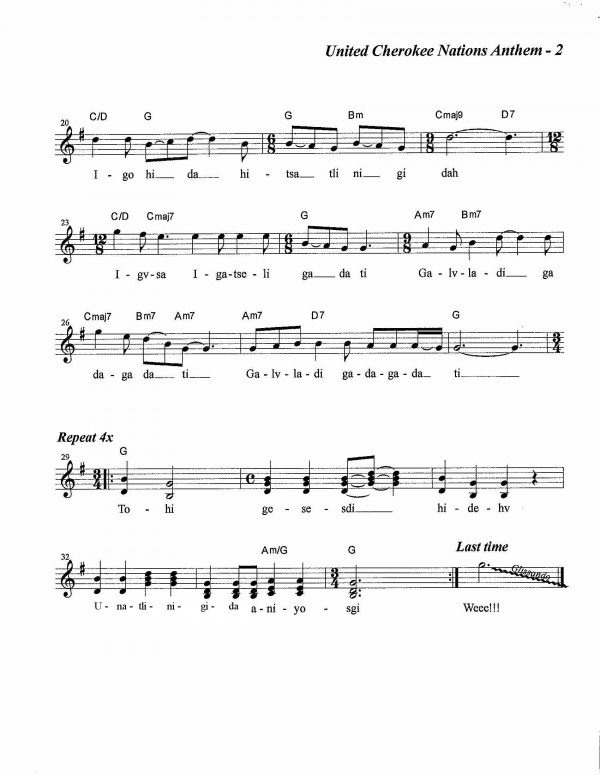