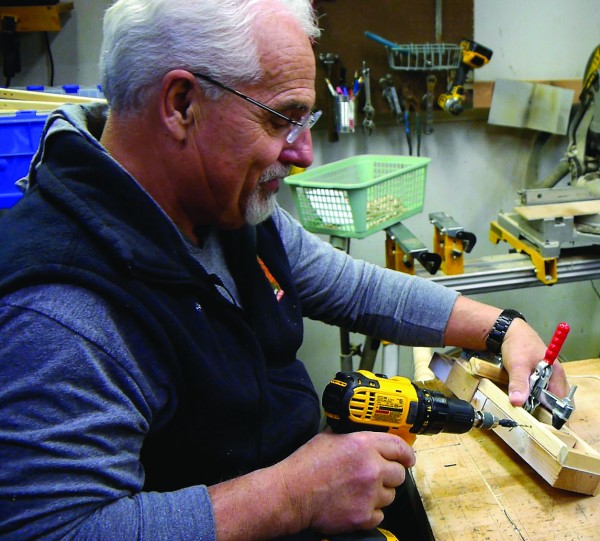 Great Smoky Mountains National Park seasonal ranger Mike Meldrum not only remembers these simpler times, he’s taking steps to guarantee at least a few of these traditions continue to thrive in the Smokies. 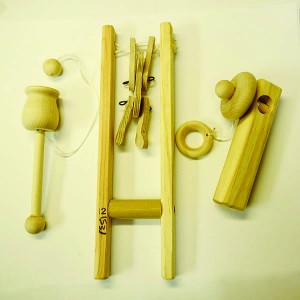 Mike Meldrum’s old-fashioned wooden toy set includes, from left, a ball and cup, a dancing bear, and a spinning top.

As an interpretive ranger, Meldrum leads programs for park visitors about historic games and toys and life on a 19th-century mountain farm. On his personal time, Meldrum makes the toys in his workshop and donates them to the National Park Service and GSMA, the non-profit park partner that operates the nine visitor center store locations in and around the Smokies. Through a nomination and judging process, the historic wooden toy set took first place in the Innovative Product category at the Association of Partners for Public Lands’ (APPL) recent conference in Atlanta.

“The toys are of a high quality, cleverly designed, and worth at least three times the $5 retail price, thereby giving visitors an amazing bargain,” said Kemp. Sales of the products generate some $5,500 for NPS programs and projects each year.

While Meldrum’s historic wooden toy set was GSMA’s only award winner at the recent APPL annual conference, two other organization initiatives earned honorable mentions. First, through a collaboration of GSMA’s interpretative products and services department and its marketing and membership department, the “Carroll Best and the White Oak String Band CD Launch Event” was highlighted for its effort to appeal to an audience of bluegrass and historic music lovers who previously may have been unfamiliar with the national park.

The CD launch event was held in conjunction with GSMA’s annual Members Weekend in September and included a nearly four-hour free concert given by regional and national bluegrass performers who volunteered their time and talent to the project.

Newly installed membership kiosks in several park visitor centers were also underscored by APPL judges as honorable mention achievements. The kiosks serve as the in-store framework for GSMA’s new membership branding effort, which invites visitors to “Get Rooted in the Smokies.” Benefits of membership include a complimentary subscription to the award-winning Smokies Life Magazine, as well as opportunities to learn more about the national park through specialized educational programs and services.