ON THE SIDELINES:  Farewell to a great

The basketball world lost a great on Saturday, Feb. 7 as Dean Smith, longtime coach of the UNC Tarheels passed away at the age of 83.  Smith will long be remembered as not only a winning coach, but a winning human being.

“The Carolina family lost a cherished member today,” UNC Chancellor Carol Folt said in a statement last week.  “We can find solace in knowing that because of his leadership on and off the court, the world is a better and more accepting place.” 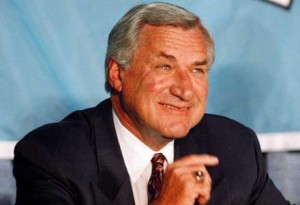 The basketball world lost a great on Saturday, Feb. 7 as Dean Smith, longtime coach of the UNC Tarheels passed away at the age of 83. (Photos courtesy of UNC Athletic Services)

Along with Bobby Knight, he is one of only two coaches to have won a national title as a player (Kansas, 1952) and a coach.

But, Smith was more than just a coach, he was an inspiration to many.  President Barack Obama presented him with the Presidential Medal of Freedom in 2013.

After Smith’s passing last week, President Obama commented, “He graduated more than 96 percent of his players and taught his teams to point to the teammate who passed them the ball after a basket.  He pushed forward the Civil Rights movement, recruiting the first black scholarship athlete to North Carolina and helping to integrate a restaurant and a neighborhood in Chapel Hill.”

No matter what color blue you wear, I’m sure all will remember Coach Smith as a man of integrity and determination who inspired many.

After we watch the Braves and Lady Braves win the Smoky Mountain Conference tournament on Friday, check out something that you might find surprisingly entertaining.  The PBA (Professional Bowlers Association) Championship is on Sunday, Feb. 22 at 1pm on ESPN.  Give it a go; you might like it. 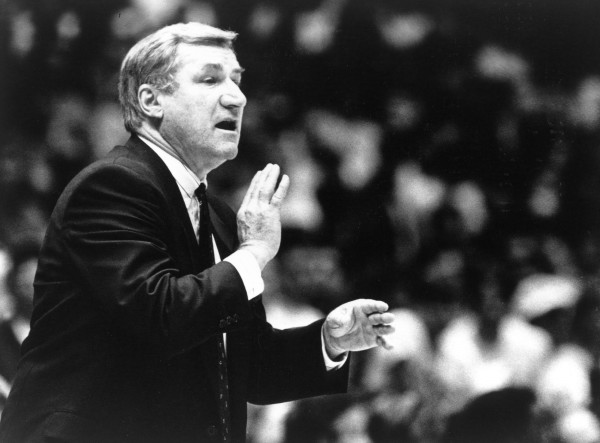