CULLOWHEE – The campy cult classic “The Rocky Horror Show,” a musical comedy that pays homage to the science fiction and B-grade horror movies of the mid-20th century, will warp its way through time to hit the stage in February at Western Carolina University as part of the School of Stage and Screen’s 2014-15 theatrical season.

The production, the opening Mainstage series production of the spring semester, will be staged at 7:30 p.m. Thursday, Feb. 19, through Saturday, Feb. 21, in Hoey Auditorium on the WCU campus, with a special late-night Saturday showing at 10:30 p.m. Feb. 21.

The show contains profanity and sexual content that is not appropriate for children.

The play tells the story of Brad and Janet, a newlywed couple whose car breaks down during a storm, forcing them to seek refuge in the nearest shelter they can find. The naive model citizens stumble upon the mansion of Dr. Frank “N” Furter, a mad scientist who also happens to be a transvestite from another planet.

Inside the home, they meet an assortment of unusual characters including RiffRaff the butler, maid Magenta and sidekick Columbia, and two of the doctor’s “experiments” – biker Eddie and the muscle-bound Rocky. Meanwhile, an investigator named Dr. Scott has grown suspicious of Frank “N” Furter and arrives on the scene. 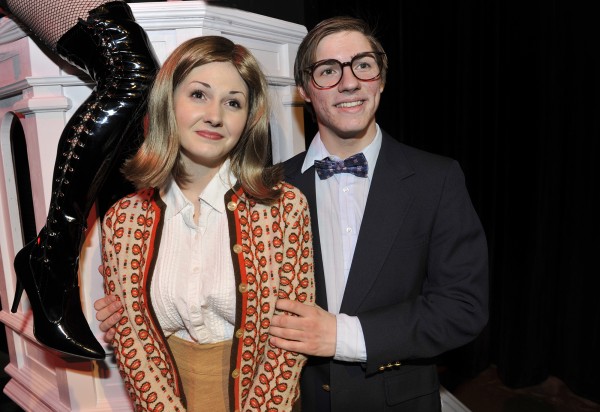 “The Rocky Horror Show” features a number of popular songs including “The Time Warp” and “Sweet Transvestite.” In addition to theatrical runs in London, Los Angeles and New York, the play spawned a motion picture that became a cult classic, well-known for late-night screenings and audience participation.

Western Carolina’s production is being directed by Kristen Hedberg, adjunct faculty member in the WCU School of Music, with music direction by Katya Stanislavskaya, assistant professor and director of WCU’s program in musical theatre, and choreography by students Madee Seagle and assistant Sydney Troxler.

In a nod to the famous film version, a few scenes of the production have been filmed and will be projected onto a large screen, Hedberg said.

“With ‘The Rocky Horror Show,’ the collaboration amongst our artistic team has been imaginative, smart and refreshing,” she said. “While assuring veteran ‘Rocky’ audience members that expected traditions will be honored and upheld, audience members will also find themselves in a newly imaginative world that reflects our concept and point of view through the physical design and realization of character by the performers.”

The show was written by Richard O’Brien, who played the role of RiffRaff in the original theatrical and film versions. “The Rocky Horror Show” is performed at WCU by special arrangement with Samuel French Inc.

Audience members interested in participating with traditional interactive props and “talk back lines” must purchase tickets in the first four rows and should call the box office for assistance. In addition, those audience members will need to purchase an “interactive kit” at the door for $5. Proceeds from the sale of the kits will benefit the University Players.