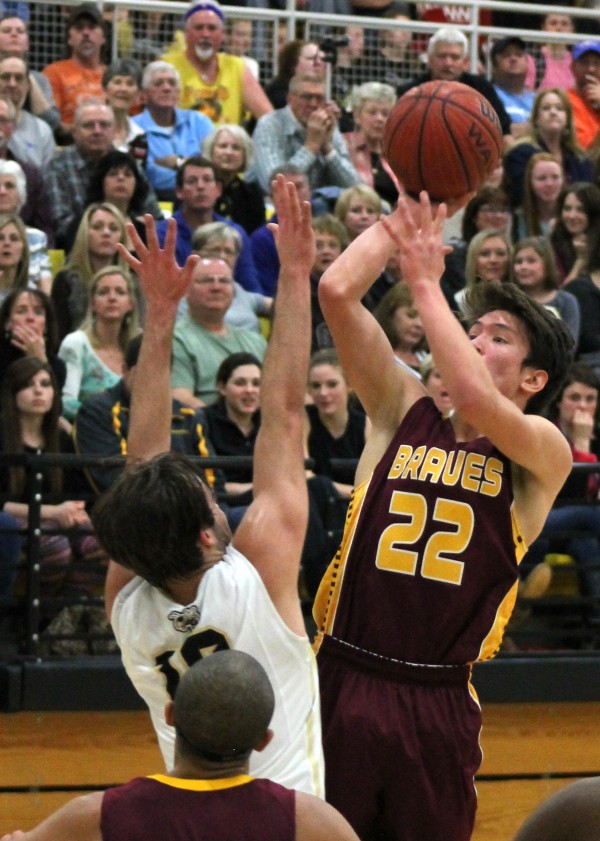 “We got beat every way you can get beat,” said Braves head coach Willis Tullos after the game.  “They (Hayesville) shot the ball extremely well.  They just played a great basketball game.”

Cherokee fell behind early trailing 11-2 at the 6:03 mark in the first period.  They climbed back into it though behind three three-point shots by Jason McMillan who ended the game with 14 points.  By the end of the first, Cherokee had chipped away at the lead and only trailed 25-17.

Hayesville extended its lead though in the second period outscoring the Braves 22-10 to take a 47-27 lead into the locker room.

The second half was closer with the Braves only being outscored by six points each period (19-13 in the third and 18-12 in the fourth).  In the end, the Yellow Jackets took the 84-52 win.

To view or purchase photos from this game, visit https://onefeather.smugmug.com/SPORTS/BASKETBALL/BRAVES-BASKETBALL-201415/At-Hayesville-January-30/