Hartwell Francis, director of WCU’s Cherokee language program, and Tom Belt, coordinator of the program and a citizen of the Cherokee Nation of Oklahoma, were interviewed and credited as associate producers for “First Language – The Race to Save Cherokee.”

“Being part of this film project, for me, was about being part of the continuing effort to re-establish, to re-affirm and to revitalize our language,” said Belt, whose first language is Cherokee. Only about 200 of the 13,000 members of the Eastern Band of Cherokee Indians still speak Cherokee fluently, and most are over the age of 55, he said. 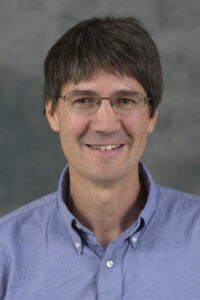 The project began in fall 2012 after Walt Wolfram, the William C. Friday Distinguished Professor of Sociolinguistics and director of the North Carolina Language and Life Project at N.C. State University, and Wolfram’s students visited WNC. Discussions with Francis and Belt turned to the challenges of revitalizing the Cherokee language, how WCU supports language revitalization efforts and the work of the Atse Kituwah Cherokee Language Immersion School, where children speak and are taught in the Cherokee language.

Francis and Belt asked if it would be possible for the NCLLP, which produces a range of media projects centered on language and culture, to create a short video about the immersion school. Wolfram and NCLLP filmmakers Neal Hutcheson and Danica Cullinan agreed to help, and the first trip to film took place the following spring. 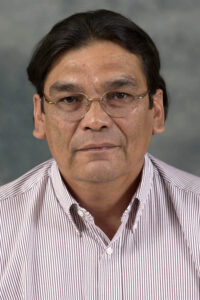 “What is happening with the Cherokee language is also the story of what is happening to American Indian languages, which are dying at astronomical rates,” said Wolfram, the film’s executive producer. “The radical decline in the number of speakers means language death is inevitable unless something is done, and thanks to the Cherokee community and leaders, the Cherokee Preservation Foundation and the program at Western Carolina, something is being done that is worthy of documentation. My feeling was we needed to tell the story, and we did not have time to wait.”

They embarked on the project with a goal of making a video that might be 10 minutes or less, but the project “grew its own life” and developed into a nearly hour-long documentary, said Wolfram. Hutcheson said as soon as the film team entered the school, which served its first students in 2004, they were captivated by its charge and its work.

“Watching the students being instructed in and speaking in the Cherokee language, which is a beautiful language to hear even if you don’t understand what is being said, was quite startling and wonderful to us. It just hit us immediately – the significance of the subject,” said Hutcheson.

“It’s not only about Cherokee,” he said. “It’s about what language means to people, and it means more than communicating. Cultural nuances that have to do with your entire disposition toward the world, the natural environment and other people are part of language, and when you lose a language, you lose a dimension. You lose a window into our common humanity, and it doesn’t matter what language you are talking about.”

Hutcheson said he first became interested in capturing some of the story of the Cherokee language a decade ago while working on the documentary “Voices of North Carolina.” What helped make the documentary “First Language” possible years later, Hutcheson said, was the hospitality of the immersion school, tribal members and leaders and the Snowbird Cherokee community as well as assistance from WCU faculty and staff including Francis, Belt and Roseanna Belt, director of the WCU Cherokee Center.

The filmmakers made a half-dozen trips to WNC for filming, and returned to share versions of the documentary during editing with members of the community. In one scene of the film, a parent of a child in the immersion school tearfully shares the story of how her child responded to a tribal elder who spoke Cherokee in a store – and the elder’s delighted surprise to hear a child speaking the language. 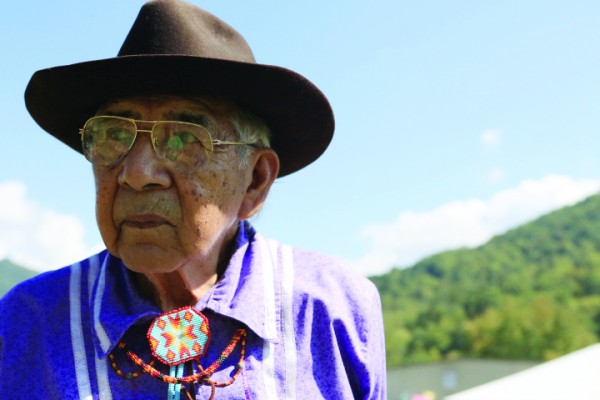 “Saving the language was extremely emotional for a lot of people to talk about, and it became emotional for us as well,” said Hutcheson.

Cullinan said the filmmakers developed an appreciation or “the quality of dedication it takes to persist at something ‘against the odds’” and of how multidimensional the task of language revitalization is.

“We labored through many revisions in an attempt to present the situation in a way that is faithful to how the community sees it and with the hope that, in addition to being a document of the community’s work, the film could be used as a tool in their work,” she said.

Francis said the film has been well-received – inspiring a standing ovation, moving people to tears and sparking discussion – at screenings held at institutions including one at WCU. Cullinan said one viewer shared that the film gave him inspiration to continue language revitalization work in spite of discouraging circumstances. Another person said the film helped him appreciate the Cherokee language, which he is studying, on a new level, she said. The documentary was bestowed the Best Public Service Film award at the 2014 American Indian Film Festival in San Francisco.

Francis said capturing how daunting the task of language revitalization is in the documentary was important, and one person told him after seeing the film that it seemed to be a nearly hopeless project.

“We are interested in letting people know what a struggle it is and how much help we need from institutions like WCU and people in the community to keep attention focused on language learning and Cherokee speaking,” he said. “People are generally not aware that there are still Cherokee language speakers and that it could be a thriving contemporary language if we open up enough space for it.”

Francis said he also hopes the film will inspire other Native American groups to share their stories and what they are doing to save their languages.

A trailer for the “First Language” documentary and order form to purchase copies of the film can be accessed through the NCLLP website www.talkingnc.com. In addition, copies are being sold at WNC businesses and venues, and have been placed at WCU’s Hunter Library and shared with schools on the Qualla Boundary and in Swain, Jackson, Cherokee and Graham counties. Filmmakers also said they hope the documentary will air on public television.