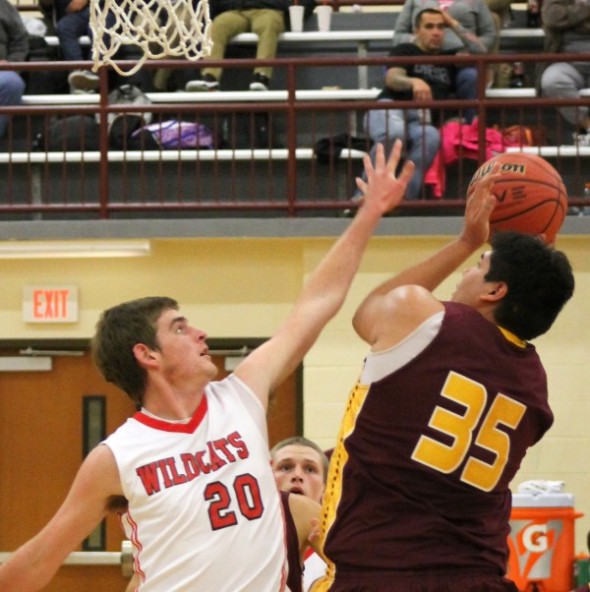 Cherokee (2-0) came close to doubling the scoring output of their opponent during their first home game of the season on Tuesday, Dec. 9.  The Braves outperformed Andrews 74-39 in front of an enthusiastic home crowd.

“The first half we played really well,” said Willis Tullos, Braves head coach, “and the second half we got pretty sloppy, but that’s the way these games go sometimes.  I was pleased with the effort.  My kids play hard.  We’ve got to get a lot better, and we will.”

Coach Tullos said there are certain things they are going to focus on improving as the season progresses.  “We’ve got to make free throws, and we’ve got to shoot the ball a little bit better.  As far as the effort, they gave a good effort.”

Cherokee started out well in this game taking an early 9-2 lead.  Midway through the first, they extended their lead to 17-0 and lead 27-11 after the end of one.

The Braves kept the pressure up on both sides of the ball playing a full court press in many cases and took a 53-17 lead into the locker room.

Individual stats were not provided on this game by press time.

To view and purchase photos from this game, visit https://onefeather.smugmug.com/SPORTS/BASKETBALL/BRAVES-BASKETBALL-201415/Vs-Andrews-December-9/ 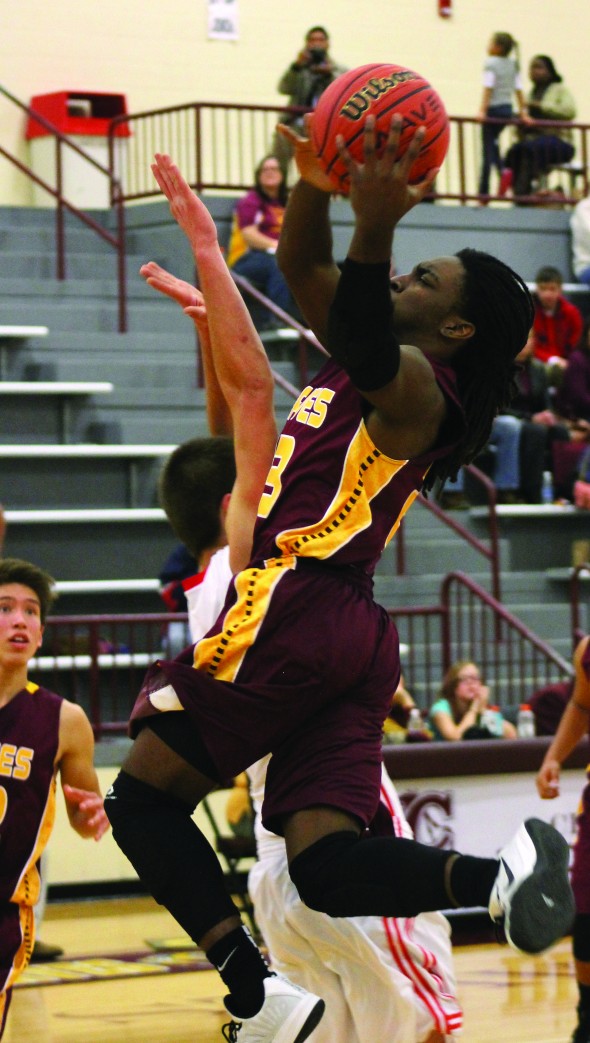