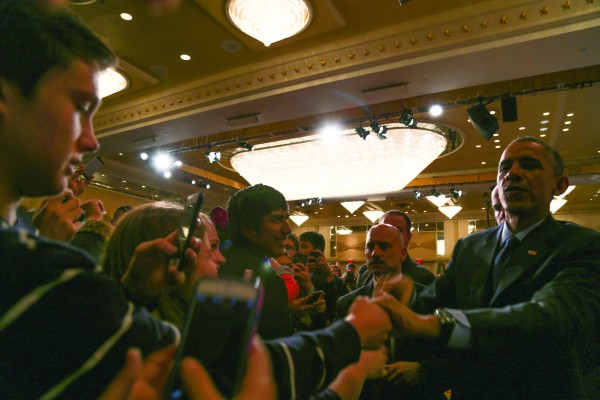 WASHINGTON – Last week, I attended the White House Tribal Nations Conference with tribal youth ambassador Steven Straughan. This conference, the sixth annual, is important to Indian County for several reasons. First, President Obama has undertaken the reform of the Nation-to-Nation relationship of tribes to the federal government. This has been accomplished through modernizing the trust process, creating the White House Council on Native American Affairs, reforming federal acknowledgement and voting rights.

Secondly, White House initiatives have strengthened tribal economies through workforce development and energy initiatives. Thirdly, the White House has promoted safe and stronger tribal communities through law enforcement and disaster response. Our Tribe was the first in Indian Country to apply and received funding from FEMA for disaster relief. Particularly, this conference was to promote opportunities for tribal youth.

This conference brought over 30 tribal youth including Steven Straughan to Washington, DC to hear about opportunities available to them. Steven participated in a screening of the MTV Rebel Music: Native America episode with the producers and participate in a panel discussion.  He also toured the White House and met with Attorney General Eric Holder and Vice President Biden, witnessed the signing of a Memorandum of Understanding for physical fitness between the Indian Health Service and Nike, and attended the White House Tribal Nations Conference. These opportunities were designed to give our tribal youth experience in governance. President Obama also announced a new White House Tribal Nations Youth Conference scheduled for next year.

This conference is an important opportunity for our Tribe to meet with high placed officials to express our concerns and discuss our challenges. If you would like to read more about this conference, you can visit the whitehouse.gov website. 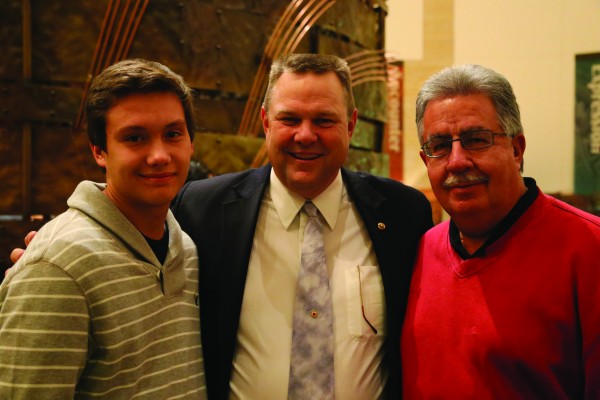 Steven Straughan (left), tribal youth ambassador, and Vice Chief Larry Blythe (right) are shown with Sen. Jon Tester (D-Mont.) who is the chairman of the Senate Committee on Indian Affairs. 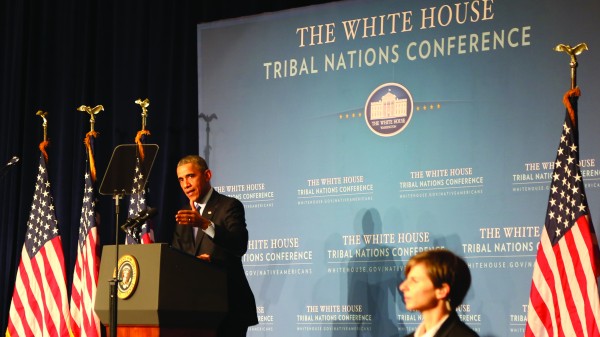 President Obama gives his speech during the White House Tribal Nations Conference. You can read the full text of his speech at: https://www.whitehouse.gov/the-press-office/2014/12/03/remarks-president-tribal-nations-conference