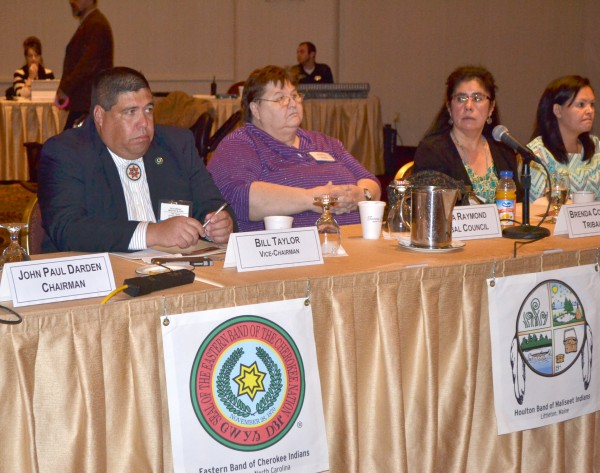 Vice Chairman Bill Taylor (left) is shown at the USET Board of Directors meeting where he is an official voting member. (Photos by Brandon Stephens/USET) 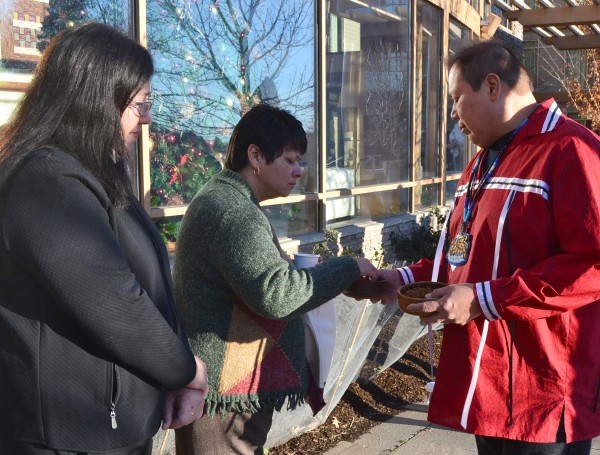 Charlene Owle (2nd from left), Qualla Housing Authority director, is shown taking tobacco for prayer at the passing of the fire ceremony. 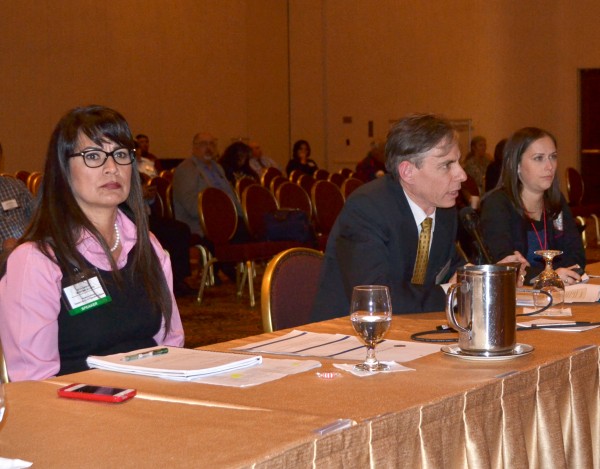 Kim Peone (left), EBCI Finance Deputy, joins Michael Willis (center), partner of Hobbs, Straus, Dean and Walker LLP of Washington, DC, and Liz Malerba, USET policy and legislative director, in a panel discussion with the USET Board of Directors concerning the critical role of the impact of taxation on Tribal nation’s economies and economic development. Peone described the benefits of having a Tribal tax code and how the Eastern Band of Cherokee Indians are developing a tax structure for the Tribe. She also discusssed the challenges of state and federal agencies that are trying to impose taxation on citizens of the Tribe. 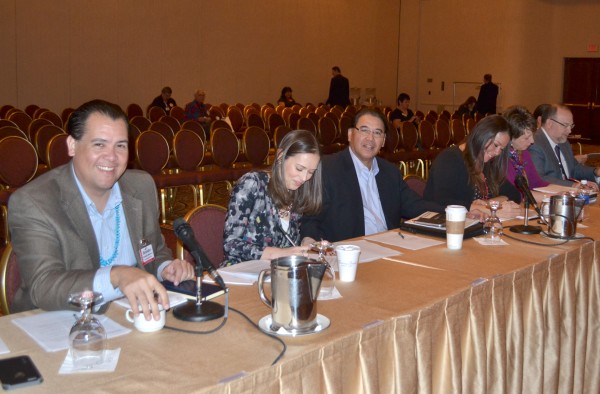