Luzene Hill, an EBCI tribal member, is taking her art around the world and back.  Her work has been exhibited in New York City and Russia, and now she has been named a 2015 Eiteljorg Fellow which includes a $25,000 grant and a three-month exhibition at the world-renowned Eiteljorg Museum of American Indians and Western Art located in Indianapolis.

“This is an amazing honor and a wonderful gift,” said Hill.  “I feel extraordinarily grateful!  I’m especially happy to be following in the footsteps of my talented friend, Shan Goshorn, who is a current Eiteljorg Fellow (2013-14).”

Each Fellow will work on new pieces to be featured in a group exhibition from Nov. 14, 2015 – Feb. 14, 2016.  Along with Hill, the following artists were named 2015 Eiteljorg Fellows: Mario Martinez, a Pascua Yaqui painter from Brooklyn, NY; Brenda Mallory, a Cherokee sculptor from Portland, Ore.; Da-ka-xeen Mehner, a Tlingit sculptor from Fairbanks, Alaska; and Holly Wilson, a Delaware/Cherokee sculptor from Mustang, Okla. 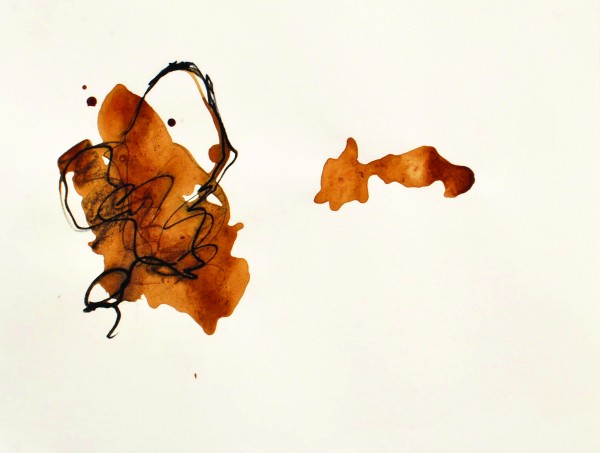 Luzene Hill, an EBCI tribal member, has been named a 2015 Eiteljorg Fellow includes a $25,000 grant and a three-month exhibition at the world-renowned Eiteljorg Museum of American Indians and Western Art located in Indianapolis. Above is a sample of some of her latest work. (Photo courtesy of Luzene Hill)

On the installation she plans to do at the Eiteljorg, Hill related, “It will be further exploration of my work using elements of the Inka khipu – a knotted cord system of accounting and storytelling – to address the issue of violence against women, specifically sexual assault of Native American women.”

She is excited for the opportunities that the Eiteljorg Fellowship will provide.  “The award will allow me to purchase materials for future work, and it will give me freedom to focus more on my art.  For most artists, there is a continuing struggle and balancing act.  In order to make the work, one needs time and money, but to have money one usually works at a non-art job which takes away from studio time.  This is especially true for conceptual installation art and art that involves social activism.”

Speaking of social activism, Hill admires various female artists from the 1960s and 1970s “who made breakthroughs into the male-dominated museums and galleries” including Ana Mendieta, Eva Hesse and Nancy Spero.  She is also influenced by contemporary installation artists such as Wolfgang Laib, Ann Hamilton, Kimsooja and Marina Abramovic.  Hill also credits Sam Roussi as having taught her how to draw.

But, she doesn’t just look to major artists for influence and inspiration.  “My father, Blaine Hill, and my grandmother, Judith Page, were role models.  Neither had the benefit of formal art training, but my father carved in wood, and my grandmother designed clothes and made drawings.  They were always working with their hands, creating art from humble materials, using whatever tools were available.”

“I often think I’m fulfilling their artistic dreams,” Hill commented, “and, this connects me to them and to a continuum.  Art is the process, the journey, and that journey doesn’t end, but is passed down and picked up by each generation.  I doubt they ever imagined the influence they had on me in this regard, but it was profound.”

John Vanausdall, Eiteljorg president and CEO, had this to say of the 2015 Fellows, “I have always said the heart of the Fellowship program is contained in the title ‘fellowship’, the coming together of the people – the artists, scholars, curators, collectors and the public.  The relationships artists develop while gathering in Indianpolis often last a lifetime.  This year, the Eiteljorg celebrates its 25th anniversary, and it’s a special time for commemoration and reflection.  On this silver anniversary, as we stand back to assess our accomplishments and challenges and dreams of what the future holds, nothing will be more important than the Eiteljorg Contemporary Art Fellowship.”