The Cherokee Indian Police Department is asking for help in locating three children. This incident stems from custody issues in which the custody of James Paul Owle, 8, and Samuel George Owle, 6, was awarded to their father, Donnie Owl. Custody of Evelyn Grace Arneach, 3 months old, was awarded to her father, Reed Mattocks.

The mother of all three of these children is Shira Raman Mattocks, 26, from Cherokee.  She was last known to be in the company of her mother, Teresa Arneach Arreaga, also from Cherokee.

Shira Raman Mattocks has been charged with one count of Failure to Obey a Lawful Order and two counts of Custodial Interference. 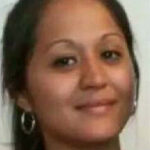 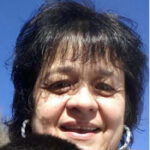 If you have any information on the whereabouts of Raman or Arreaga, please contact the Cherokee Indian Police Department 497-4131 or your local law enforcement agency.