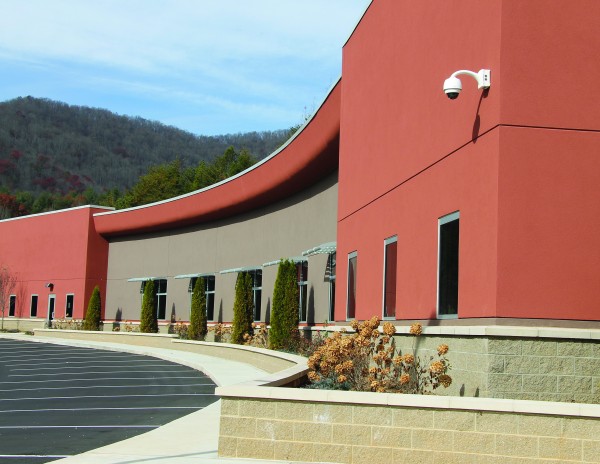 The new EBCI Justice Center has been built on a 14-acre tract off of Oliver Smith Road and will house the Cherokee Tribal Court and offices, a 96-bed jail, and the Cherokee Police Department. (SCOTT MCKIE B.P./One Feather photos)

Three years ago, tribal officials broke ground on the new EBCI Justice Center, and now the 76,000 square feet facility is ready for operation.  “Construction has really been complete for about three weeks,” said Damon Lambert, EBCI Building Construction manager.  “There are just some small, finishing touches being done now.” 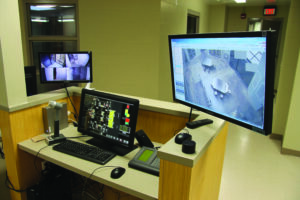 The jail will be under 24-hour video surveillance, and workers will be able to access cameras all throughout the facility from several stations such as the one shown.

The Justice Center has been built on a 14-acre tract off of Oliver Smith Road and will house the Cherokee Tribal Court and offices, a 96-bed jail, and the Cherokee Police Department.  An official ribbon cutting ceremony for the Center has been set for Wednesday, Dec. 17.  The time of the event will be reported at a later date.

“We are glad to have a new building that better suits our court needs,” said Cherokee Chief Justice Bill Boyum.  “We will make good use of a second large courtroom in which to hold court.  Both courtrooms will contain a modern evidence presentation system.  We also look forward to housing a Federal Probation office, which will be more convenient for Federal Court defendants.” 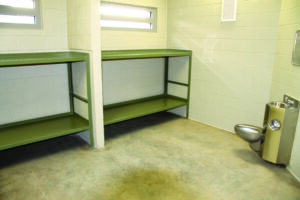 The jail itself is comprised of four pods with a 50 percent split of 4-bed (shown in photo) and 2-bed cells.

The Cherokee Tribal Court staff is set to move into the facility on Monday, Dec. 1, and the first court date in the new Center will be Wednesday, Dec. 10.

The total project cost $26 million with $18 million coming from a Department of Justice grant and the rest coming from the Eastern Band of Cherokee Indians.  “Since the BIA is providing operational funding for the jail portion, they have to come in and inspect the jail part of the facility to provide the Certificate of Occupancy for that part of the building,” Lambert previously told the One Feather.

That inspection is scheduled for Dec. 9-10.  After the inspection, Lambert related that jail employees will undergo around four weeks of training and the jail itself is scheduled to open in late January or early February.

The jail itself is comprised of four pods with a 50 percent split of 4-bed and 2-bed cells along  with three outdoor recreation areas, and both video and face-to-face visitation areas.

All of the construction and site work for the Justice Center has been done by Flintco. 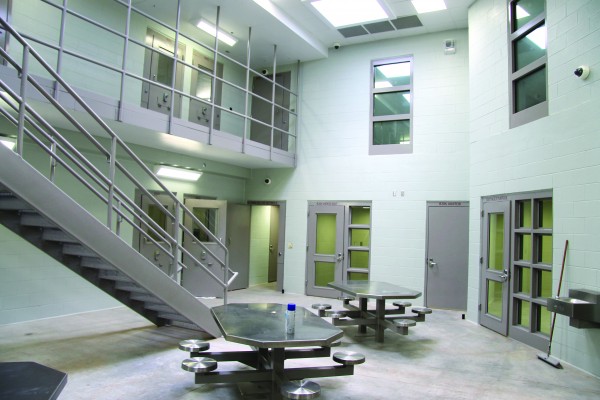