A performer since the age of 6, Alley was cast as a Mouseketeer in 1989 on the Disney Channel’s “All-New Mickey Mouse Club.” She was one of only three cast members to appear in the pilot and all seven seasons of the show, and she had the chance to work alongside such stars as Britney Spears, Justin Timberlake, Christina Aguilera, Ryan Gosling and Keri Russell. 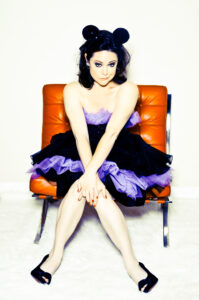 Alley performed on Broadway in “Hollywood Arms,” written by Carol Burnett and Carrie Hamilton, and in off-Broadway productions including “Grand and Glorious,” “Like It Is,” and “Look Ma…No Ears,” which Alley co-wrote and produced.

In addition, her film and television credits include “How I Met Your Mother,” “I Didn’t Do It,” “Bedtime Stories,” “Company Retreat,” “B.L. Stryker,” “Earnest Saves Christmas” and “On the Patio,” her original hit Web series.

While on campus, Alley also will present workshops about the entertainment industry and auditions.

Admission to Alley’s show at WCU is $5 for students and $10 for all others. Tickets can be purchased at the Bardo Arts Center box office in person, by calling 828-227-2479 or visiting bardoartscenter.wcu.edu online.

The event is part of the Arts and Cultural Events Series at WCU. Upcoming ACE events this spring include a performance by the group Black Violin featuring two classically trained violinists and a deejay on Tuesday, Jan. 20; the family-friendly Imago Theater’s FROGZ show on Wednesday, Feb. 18; and a Langston Hughes Project multimedia concert performance on Thursday, March 19. For more information, visit ace.wcu.edu or contact Francis Ann Ortiz, assistant director of campus programming in the Office of Leadership and Student Involvement, at faortizpineda@wcu.edu or 828-227-2612.