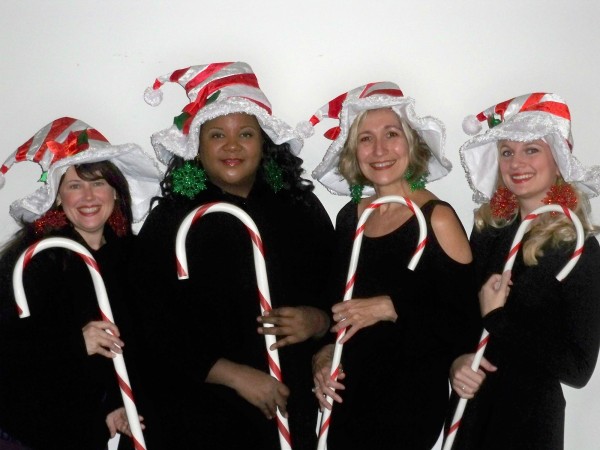 A holiday-themed spin on the hit production “GRITS: The Musical!” is coming to the John W. Bardo Fine and Performing Arts Center at Western Carolina University on Friday, Dec. 12. (WCU photo)

CULLOWHEE – A holiday-themed spin on the hit production “GRITS: The Musical!” is coming to the John W. Bardo Fine and Performing Arts Center at Western Carolina University on Friday, Dec. 12.

“From the old, time-honored traditions such as turkey and dressing to your aunt’s stale fruitcake, this production presents all things Christmas, but with a decidedly Southern flavor,” said Paul Lormand, director of the Bardo Arts Center.

The show is a companion production to the original musical in which “grits” is not a corn-based breakfast staple, but an acronym for “Girls Raised In The South.”

“This time, the girls will be telling stories from past Christmases to present-day traditions – some funny, some touching, some ridiculous, but all in the flavor of the South,” Lormand said. “The holidays are a time of celebration in the South, from our ornate decorations and lavish holiday soirees to our interesting and endearing family dysfunction. This is a show that gets everyone in the holiday spirit.”

In addition to some of the holidays’ all-time favorite anthems, the show features songs including “The Christmas ‘BELLE’ Medley,” “You Gotta Re-Gift,” “The Crazy Aunt Blues,” “Yes There is a Santa Claus” and “The 12 Yummy Days of Christmas.”

Tickets are available online at bardoartscenter.wcu.edu or by contacting the Bardo Center box office at 828-227-2479. Ticket prices are $21 for adults, $16 for WCU faculty and staff, $15 apiece for groups of 20 or more; and $7 for students and children.

The show is sponsored by Bear Lake Reserve.