WEBSTER – Children from all over Jackson County, including Cherokee, convened on Jim Allman’s property in Webster on Monday, June 23 for the 6th Annual Traditional Cherokee Fish Harvest on the Tuckasegee River.  Volunteers from Cherokee Fisheries and Wildlife Management and the Watershed Association of the Tuckasegee River (WATR) taught the kids about traditional Cherokee fishing and the local ecology of streams and rivers.

The event included a series of three workstations where the kids were able to learn about the different types of wildlife living in the rivers and gain a better perspective on the Cherokee culture who utilized fishing weirs.  Afterwards, the kids were given the opportunity to get in the river and perform a reenactment of a fish weir fishing event. 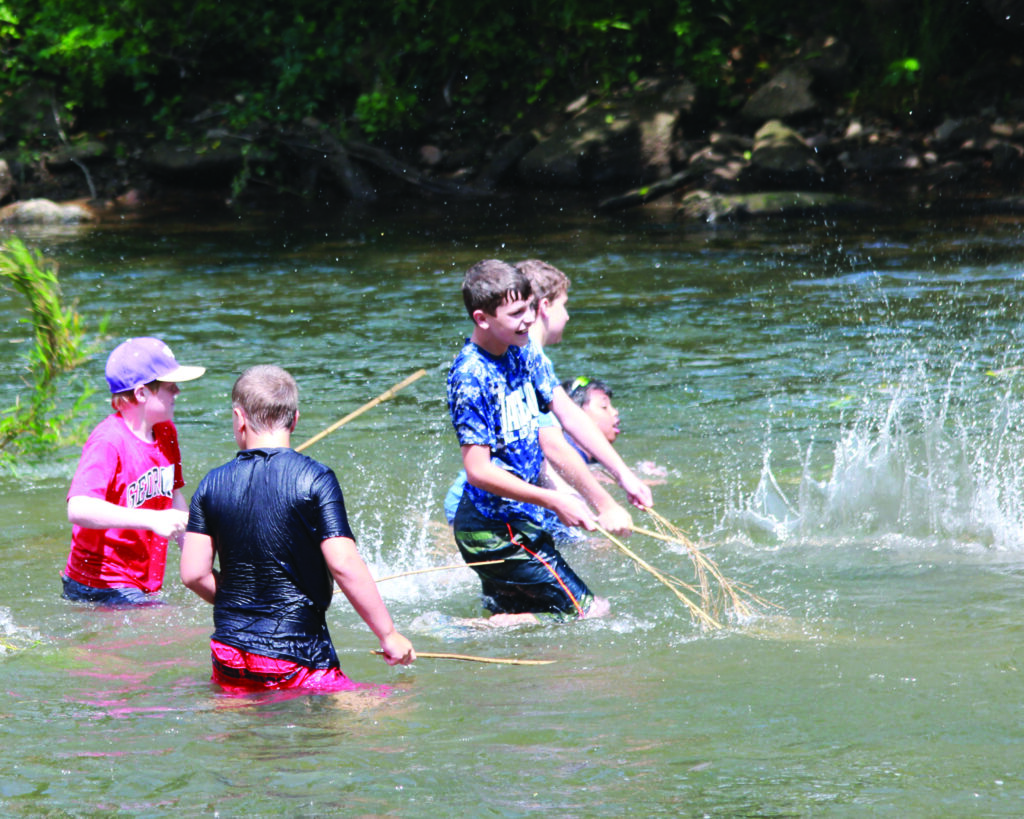 “We have different stations set up, looking at stream insects, mussels, and we’re also looking at fish,” said Mike LaVoie, Fisheries and Wildlife Management program manager.  “We’re moving kids along different stations teaching them about our streams and what’s living in them.  We are also doing a reenactment of a fish weir fishing event and get the kids in the river shortly.”

Malia Crowe, 2014 summer intern for WATR, provided a little background on the weir, “This is a remnant, we believe from the 1800s made by the Cherokee.  The Government actually created a dollar amount for the weir during the removal.”

Crowe described how the weirs worked by saying, “They would put a trap with reeds at the bottom where the fish could go in, but they couldn’t get out.  Then, people would use river cane switches while walking through the water to get the fish to go where the weir makes a ‘v’ and get caught in the trap.  In order for us to have built one, there must have been a lot of fish in the rivers for it to be worthwhile.”

Participant Deonta Bird said, “I learned a lot about bugs and the Cherokees back in 1761.  We learned about the villages and found out about a lot of tiny little insects and the different types of nets.  There’s a lot of tiny insect under the rocks we rattled, and it was pretty fun to do it. “ 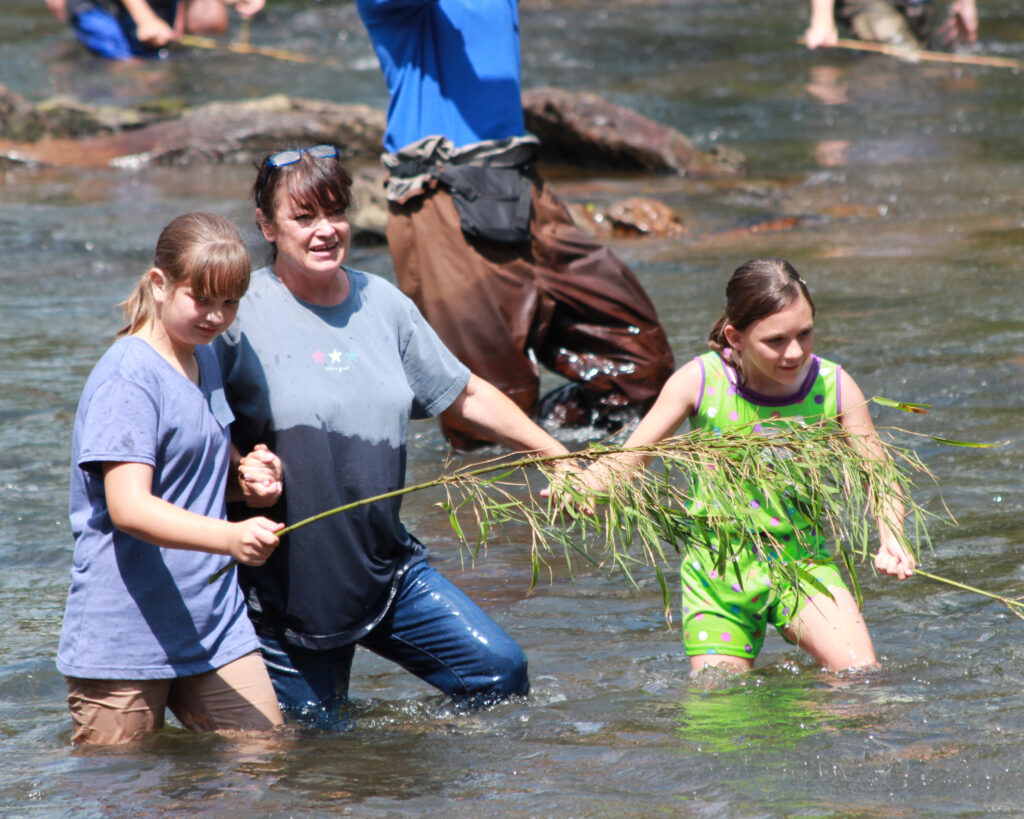 Western Carolina University anthropology professor Anne Rogers shared a brief synopsis on the Cherokee people who lived along the banks of the Tuckasegee and explained how vital fishing weirs were to the survival of the culture as they would harvest the fish to feed the community.

“It’s impressive when you think about what they had learned and what they could do, it’s just overwhelming,” she noted.  “How they knew the environment and knew how to use everything.”

Professor Rogers also shared stories on the correlation between Cherokee “war” games and modern sports, such as football, where kicking the football is the equivalent to kicking a groundhog.

“Football is full of all kinds of hunting skills, like being able to throw something accurately.  Why do we kick a football?  It was a way to catch animals.”