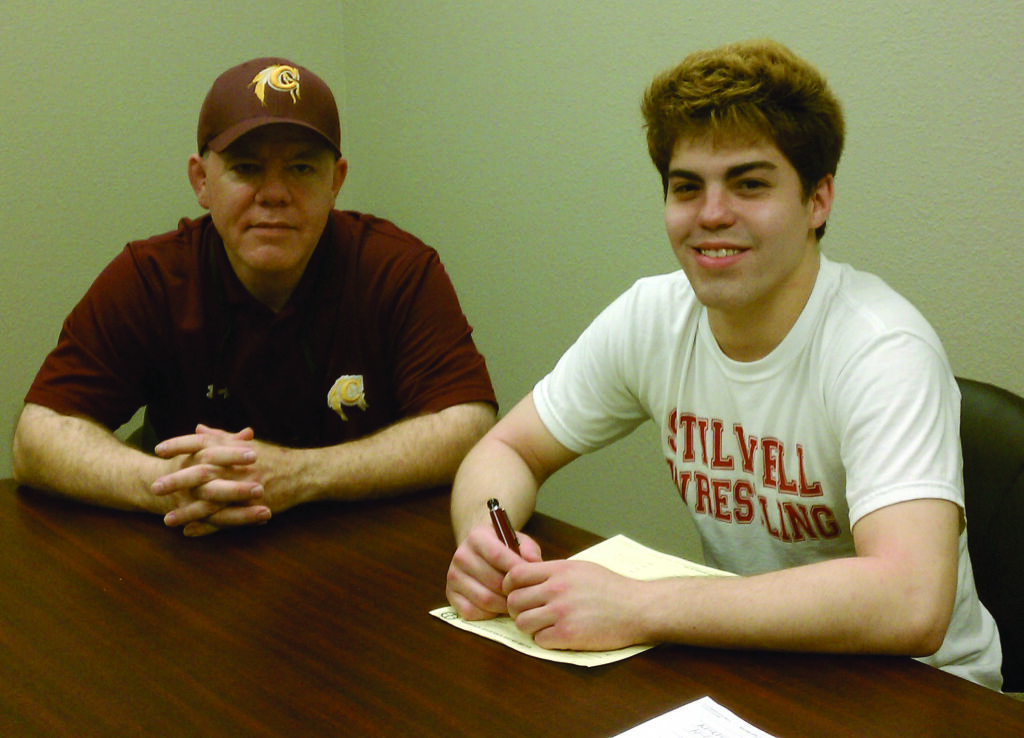 During his four year career at Cherokee, he won a total of 133 matches.  As a senior, he was named All-Smoky Mountain Conference (SMC), took fourth place at 126lb at the 1A state tournament, took second in the 1A West Regional tournament, and won his second consecutive SMC title.  As a junior, he took fourth in the Region, and he took second place in the Conference his sophomore and freshman years.

“When I met the coach, it was so exhilarating,” said Swearengin.  “I wanted to wrestle in college.  You know, just wrestle those guys.”

Brett Oleson, Bacone head wrestling coach, noted, “I was looking at the brackets after the state tournaments on track wrestling, and I saw Levi’s overall record and that he placed high in the tournament.  I wanted to reach out to him expressing interest into our institution.  After initial conversation with Anthony, Levi’s dad, they came down to visit our campus.  I feel that this is a good fit for Levi.  We are a smaller College that will allow Levi the opportunity to continue his wrestling while at the same time getting a quality education.  Levi seems to be excited about this opportunity.  I believe Levi will challenge and be competing for the 125 pound weight class.  I look forward to coaching Levi and helping him achieve his athletic goals!”

CHS head wrestling coach Will Lambert commented, “I am really happy for him.  I am hoping for good things to happen at the next level.  I am sure going to miss Levi, but I wish him good luck.”

Anthony Swearengin, Levi’s father, said, “It makes any dad proud when his child can go to college, and for him to get an athletic scholarship makes it even more special.  His mom and I are proud and nervous at the same time for him to wrestle at the college level.”

“We may not see many matches, but still think that Bacone, being a small campus, will be a great place for Levi to get some mat time.  He has worked hard and overcome several obstacles, and we’re happy for him.”