The Eastern Band of Cherokee Indians became the first tribe in Region IV of the federal Office of Child Support Enforcement to run its own program when it took over those services in 2012.  And, that decision has paid off…literally. 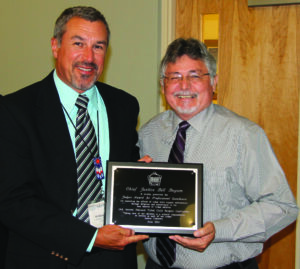 “Several years ago, the State of North Carolina, due to budget issues, could not provide the services to tribal members,” said Sweet who related that the Tribe decided it was best to take over the program.  “We put a child support office here on the reservation which made it easier for people to apply for services.”

He praised the work of the Cherokee office saying they have done an “outstanding” job and collected $2.9 million in their first year.  “This year, they have exceeded it already at $3.9 million, and that’s allowing individuals who have never received child support before to receive what they are due.”

Sweet also praised the work of the Tribal Court staff and judges and said the partnerships created cannot work without them.  “A few years ago the Chief Justice (Boyum) recognized that the state could not provide these services the way that the Tribe could so he took the extra step to see where we could go to get a partnership, and partnerships are very, very important.”

“We knew that if we sent those child support cases out into the state courts we would not be able to garnish those, and we’d drop back into the pack with the rest of the folks in North Carolina.”

He related that Sweet stepped forward and helped organize the Tribal Child Support Office.  “I must say that he has never promised one thing that he has not been able to deliver for us, and that’s rare in Indian Country.  His program, 1 Family Services, is going to be doing a lot more work with the DSS rollout.  Our Tribe has taken over all of our DSS functions such as child support, TANF, food stamps is in the works, and commodity foods is in the works.”

On the award, Chief Justice Boyum stated, “I want to thank Jerry Sweet for this.  It’s an honor.  This is a partnership that has really worked well.  I’m proud of what we’ve done here.  We have a lot of things going on, and it’s worked well and I hope it continues.” 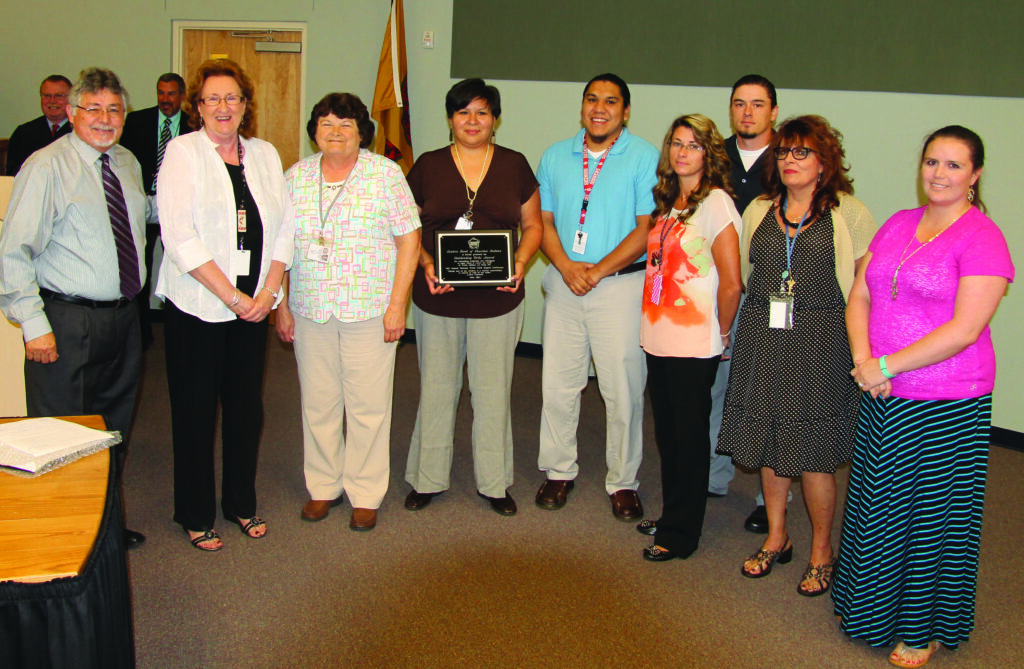