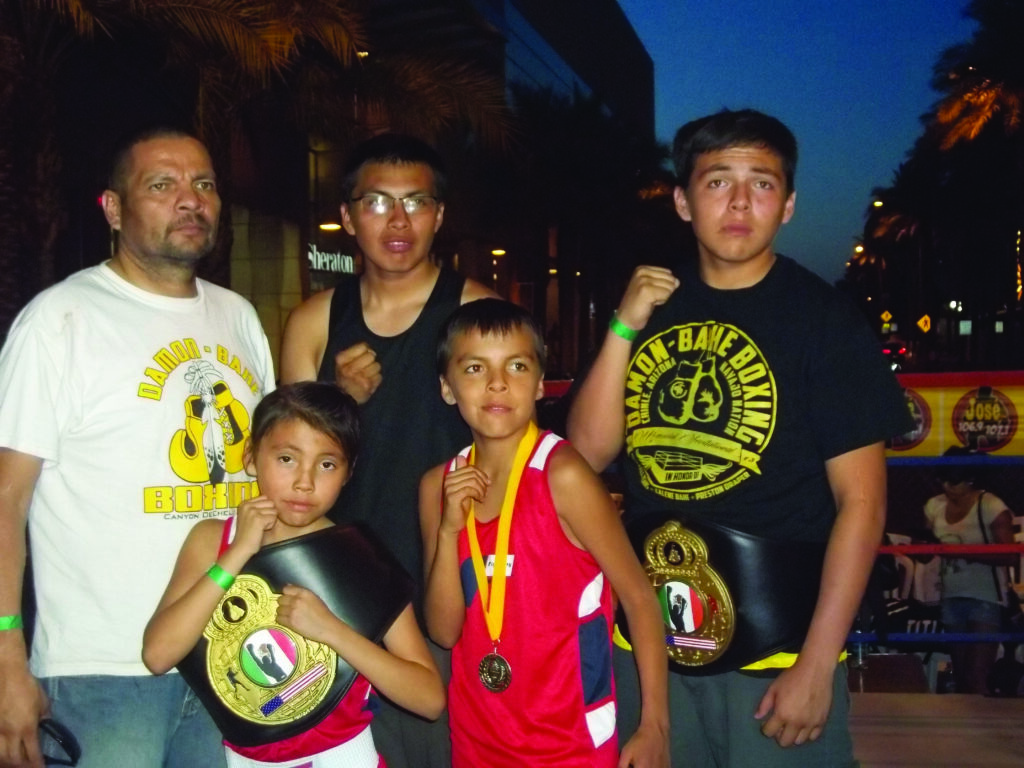 The Bahe family, who live in Chinle, Ariz. on the Navajo Nation, are dedicated to the sport of boxing.  They are also dedicated to and very proud of their Navajo and Eastern Band Cherokee heritage.

“Every night we have practice,” said Elvina Bahe, assistant coach for the Damon Bahe Boxing Team.  “We have about 15-25 kids in our gym.  We have five kids of our own and five of them box.”

“I love the sport of boxing because it gives me a chance to get in shape and stay with the training.  Learning self-defense and having that attitude to never give up and to believe in yourself really applies to everyday life that we teach in the gym.”

Her husband, John Bahe, started boxing at the age of 10.  “We love boxing because we teach anyone who wants to learn.”

“Our kids box, and we get other kids that become so close like family,” said John.  “We have that tight family-like atmosphere at the gym as well.  We open the gym for kids that want to stay in shape for the summer.”

John said that the boxing club helps the kids in ways beyond fitness.  “Sometimes, we get kids that are in rough situations, and we talk to them and teach them boxing, and it relieves a lot of stress that you can see in their face and attitude day after day.”

Elvina and John’s four kids involved in the sport of boxing include: Jeremiah, age 17; Joshua, age 15; James, age 12; and Mariah, age 10.  Each has won many accolades in the sport already such as:

James said his dream is to win the Ringside World Tournament and eventually compete in the Olympics.  “I love boxing because it keeps me in shape for other sports like cross country, and we travel all over and meet people from other states.  I’m keeping our family tradition going, starting with my grandfather’s uncle (who started the team), my grandfather and my father.” 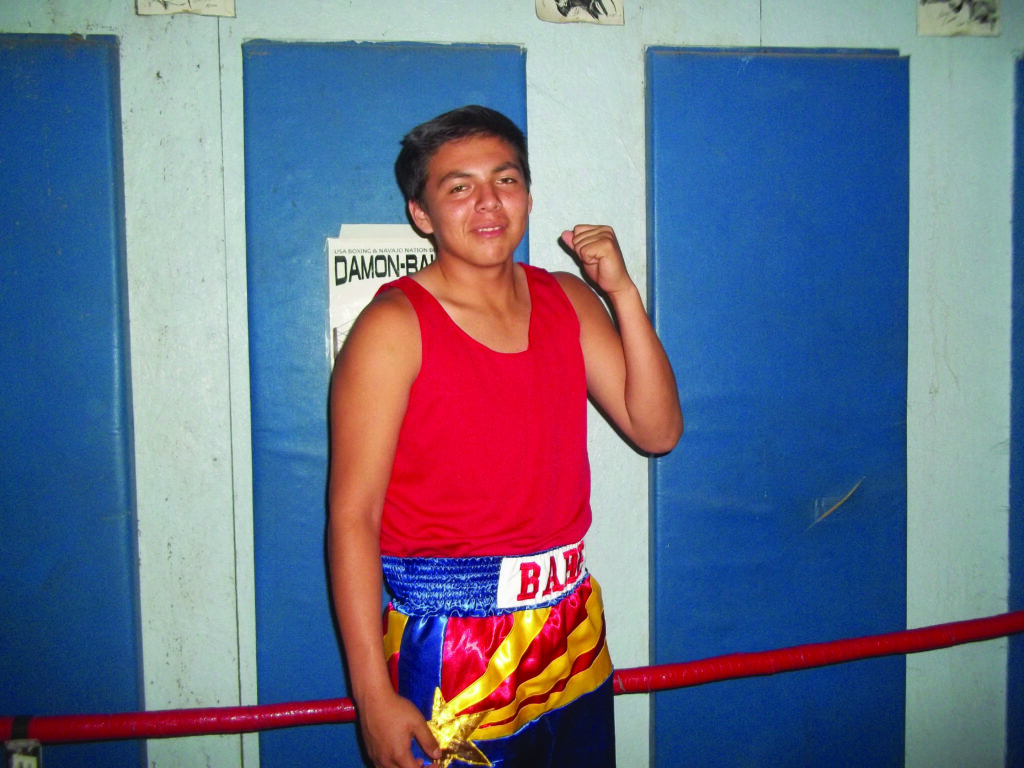 Joshua Bahe is shown after winning the Arizona State Championship.

Jeremiah said boxing has taught him not to give up.  “It’s hard at times to make weight, and I always push myself to make it.  I like teaching little kids that come to learn as well as my little brothers and sister.”

“It makes me think about life every day and how I can better myself.  It keeps me in shape for cross country, and I love the cardio that we do at the gym.  Boxing also helps me in school, to focus on my school work.”

Joshua also dreams of competing at the Olympics.  “I love boxing because I like hitting.  It relieves a lot of stress from school and other stuff, and it keeps me busy so I’m not getting in trouble.”

He said he loves traveling to events with his family, and he really loves competing.  “I get a rush when I find out I have a fight lined up.”

Mariah enjoys traveling to different events and meeting people.  “It keeps me in shape for other sports that I like, and I love my awesome coach – my dad.”

“It keeps my busy after school and during the summer, and it reminds me of my aunt Calene Bahe, who used to box.  She passed away four years ago.  We travel and compete as a family, and I gained two sisters through boxing, my teammates.”

John added, “It’s a family tradition that we honor and pray that it keeps going on for many years.  We are praying that one of these days we have a Native American boxer in the Olympics from our team.  We train three times a week.  Hard training pays off.”