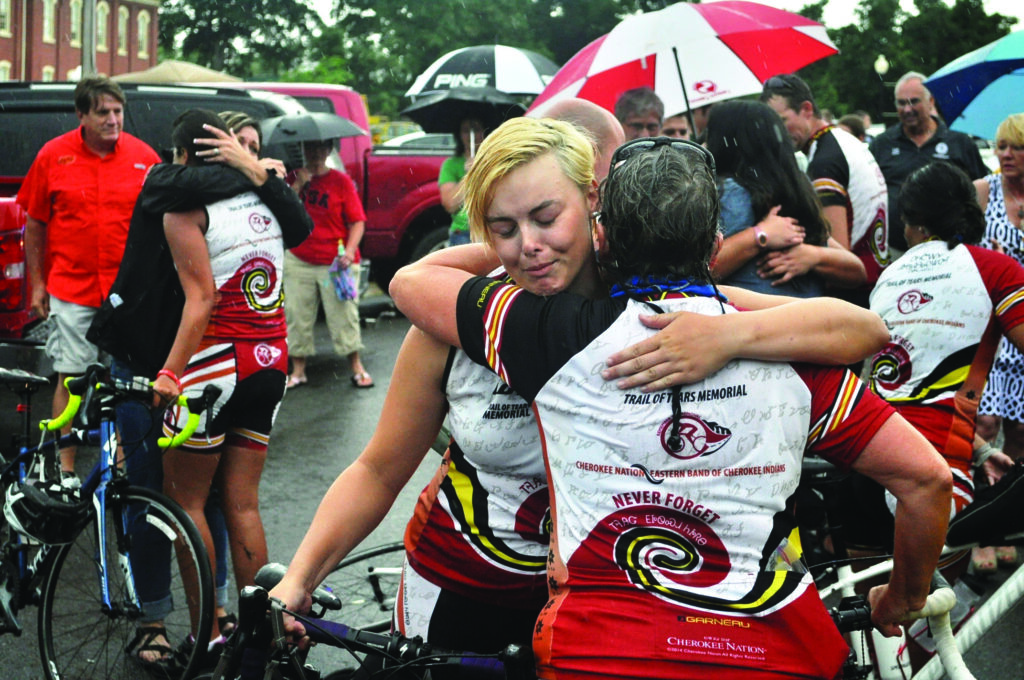 TAHLEQUAH, Okla. — After bicycling more than 950 miles, 19 Cherokees rolled into Tahlequah on Thursday, June 19 to complete the 2014 Remember the Removal Bike Ride. Thirteen Cherokee Nation students and six EBCI tribal members traveled across seven states to retrace the northern route of the Trail of Tears and remember their Cherokee ancestors who were forced to make the trek on foot 175 years ago.

“We celebrate a group of exceptional young Cherokee citizens, as their journey across seven states led them back home to Oklahoma,” said Cherokee Nation Principal Chief Bill John Baker. “People who witness the riders rolling through their communities along the trek often ask why our teens are doing this, and the answer is always the same. It is to remember: remember our ancestors, remember their hardships 175 years ago and, most importantly, remember their courage and resilience.”

The group, ranging in age from 15 to 53, started in New Echota, Georgia, on June 1 and traveled across Tennessee, Kentucky, Illinois, Missouri and Arkansas to arrive on the Cherokee Nation Courthouse Square in Tahlequah. They were awarded medals by Chief Baker, Deputy Chief S. Joe Crittenden and Miss Cherokee Julie Thornton, and welcomed home by Cherokee leaders, family members and friends.

“I’m proud of myself and everyone else for making it,” said Cherokee citizen Chance Rudolph, 18, of Claremore. “We did this ride in honor of our ancestors, to retrace their steps and learn the history of our people, who had the strength to carry on. Just as they did, we’ve all pushed ourselves hard to get here.”

The riders visited various gravesites and historic landmarks significant to the history of the Trail of Tears, including Blythe Ferry in Tennessee, which was the last piece of Cherokee homeland the ancestors stood on before beginning the trek to Indian Territory. Riders also visited Mantle Rock in Kentucky, which provided shelter to the ancestors as they waited for the Ohio River to thaw in order to cross safely. They stopped to pray at Shellsford Cemetery in Tennessee, where Cherokees who died on the route are buried.

The Cherokee Nation started the ride 30 years ago, in 1984, as a leadership program and so that Cherokee youth would never forget the hardships of their Cherokee ancestors. Of the estimated 16,000 forced to make the journey to Indian Territory, approximately 4,000 died due to exposure, starvation and disease.

“The end of this journey is bittersweet,” said Pat Watkins, 53, an EBCI tribal member.  “I’ve come to know and love everyone on this ride, and I’m going to miss them. I hear people say it all the time, but this ride has given me the inner strength and clarity of situations to head into the next phase of my life. I’ve come through this, so I know I can get through anything.” 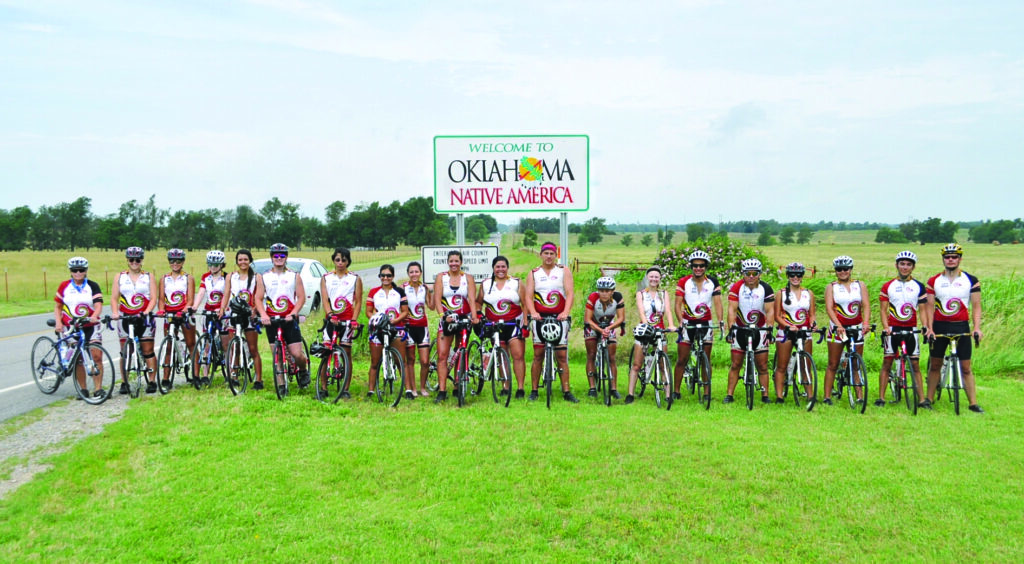