A ceremony was held at the Tsali Care Center on Thursday, April 24 to award military medals to two veterans. The Steve Youngdeer American Legion Post #143 hosted the event with members of Senator Kay Hagan’s (D-NC) staff. Sen. Hagan was instrumental in securing this recognition and the long-awaited service medals. 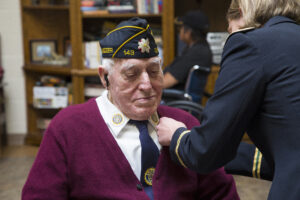 The colors were posted by the men of the Post #143. Maj. Bill Underwood opened the proceeding in a word of prayer. Commander Lew Harding made introductory remarks in which he referred to Earl Wood as being “a member of the greatest generation” and praised both Wood and Raymond Pusz for their extraordinary service to the country.

Representing Sen. Hagen, Jean Reeves read from a letter to Wood. She said, “On behalf of the people of North Carolina, I thank you for your service as a medic in the United States Army during World War II and for all that you have done to help strengthen our nation at home and abroad”.

Capt. Petersen presented the medals to his Pusz’s wife, Mrs. Rosemary Denise Pusz. Another representative of Sen. Hagen, Freddie Harrill, read from the senator’s letter to Mrs. Pusz. He said, “Thank you for the service of your late husband, Mr. Raymond Pusz, to a grateful state and nation. His commitment to serving, North Carolina and the United States of America was vital to securing our nation, both home and abroad”.

Members of the Wood and Pusz families thanked those gathered for the remembering the service of loved ones. Wood closed the proceedings by singing “Amazing Grace” in the Cherokee Language. 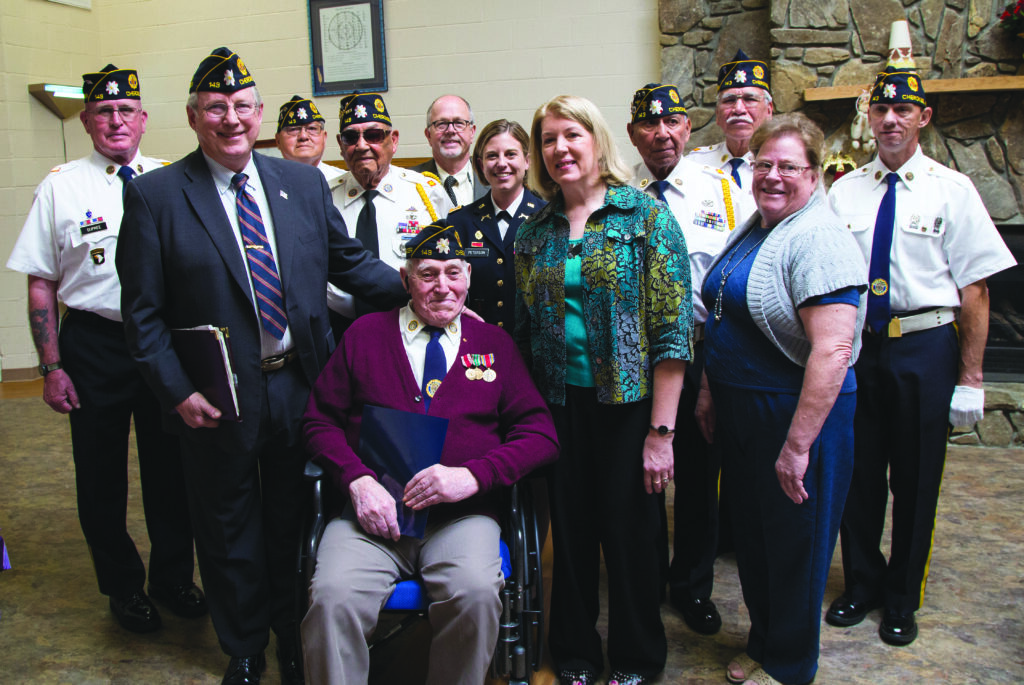 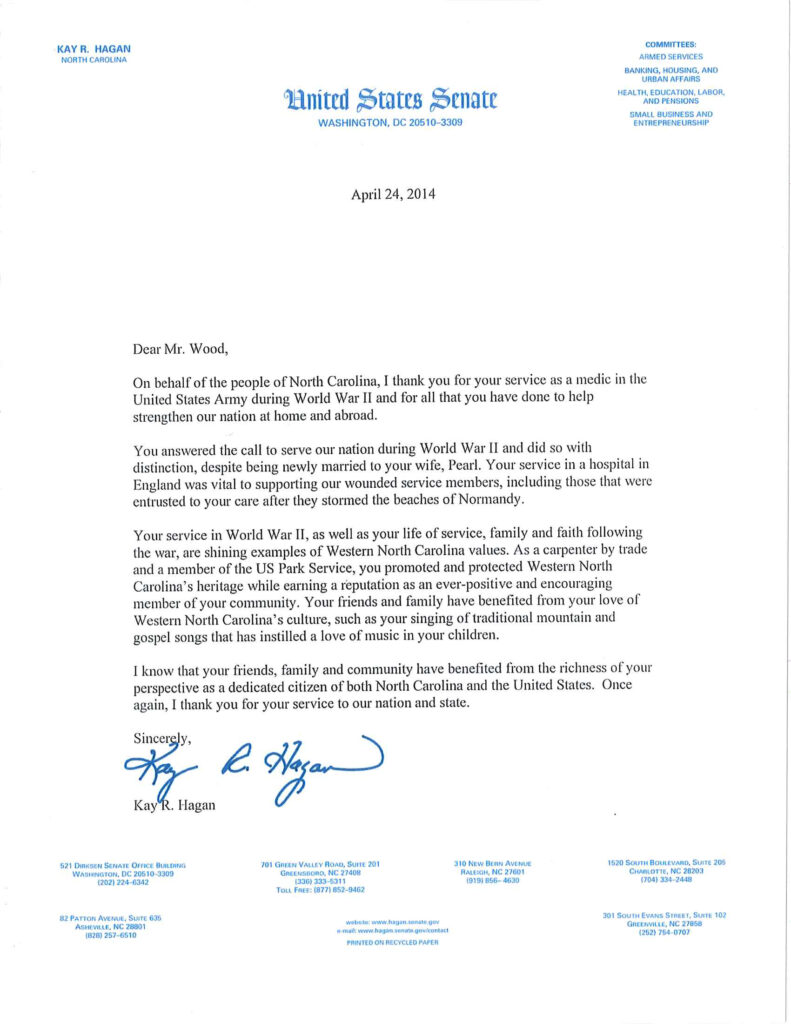 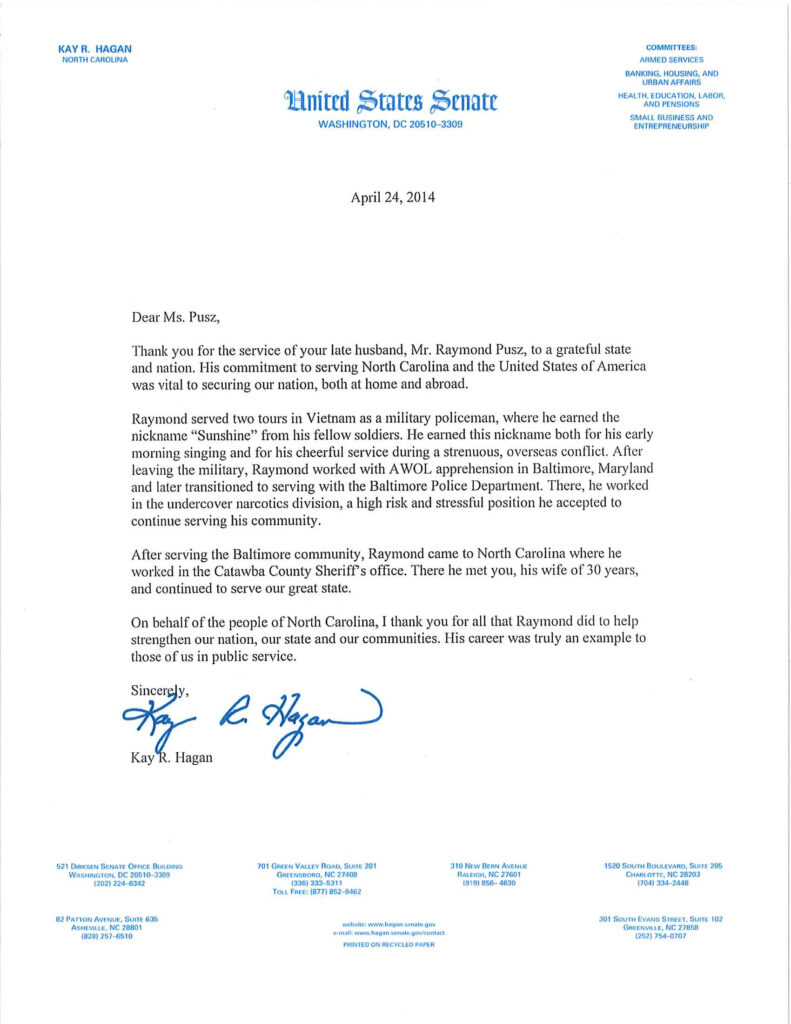