FOOTBALL: Lambert to kick for WCU and for USA

Senior kicker and punter played for U.S.A. team in all-star game against France’s 19U national team 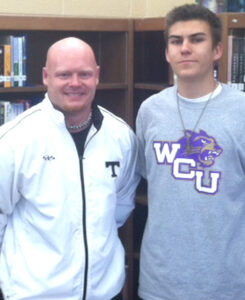 When Logan Lambert, an EBCI tribal member, started to play football as a sophomore kicker and punter at Tuscola High School, he had dreams to play college football and kick in an all-star game. But he just thought it was dreams and not a reality. On March 14, in a packed media center, Lambert realized dreams come true. The senior placekicker’s first dream came true when he accepted an invitation from head coach Mark Speir to walk-on at Western Carolina University. Lambert’s second dream was realized when he was offered an incredible opportunity to represent the United States as part of the American Football Worldwide ELITE team as its kicker in a game against France’s 19 and under national American football team in Paris.

“I think every high school player who puts on a uniform and loves to compete wishes or dreams of playing on the college level and in an all-star game,” said Lambert. “I know I did. But I thought it was just dreams. By my end of my junior year, I began to think I might have a chance to go play college football at some level. The opportunity presented itself at Western Carolina and I am so excited and honored about the chance to compete for the Catamounts. Having a chance to continue to play football is important to me. But it was the excellent business program at Western that sealed the deal for me. As for the trip to France, I’m very excited. To get a chance to be a part of an all-star game is going to be fun. And to do it in another country and experience a different culture makes it more exciting”.

“What a great day for Logan and the Tuscola football program,” said Allen. “A very special Mountaineer gets a chance to play college football. Logan is the perfect example of hard work and dedication. He is a great young man and we are so excited he will represent Tuscola High at Western Carolina University.” 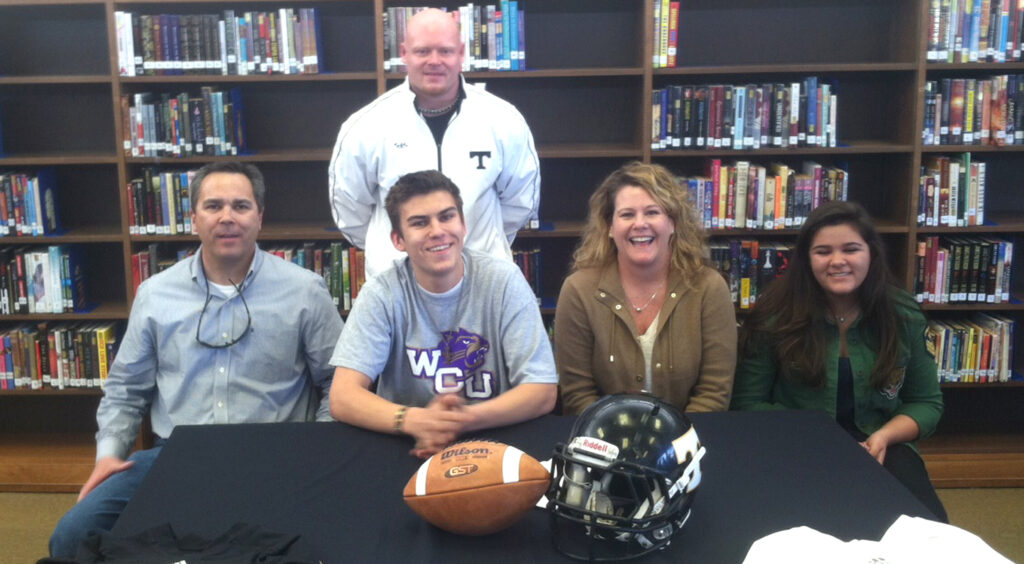 Lambert (seated 2nd from left), flanked by his family, signs a letter of intent to play football at Western Carolina University this fall.