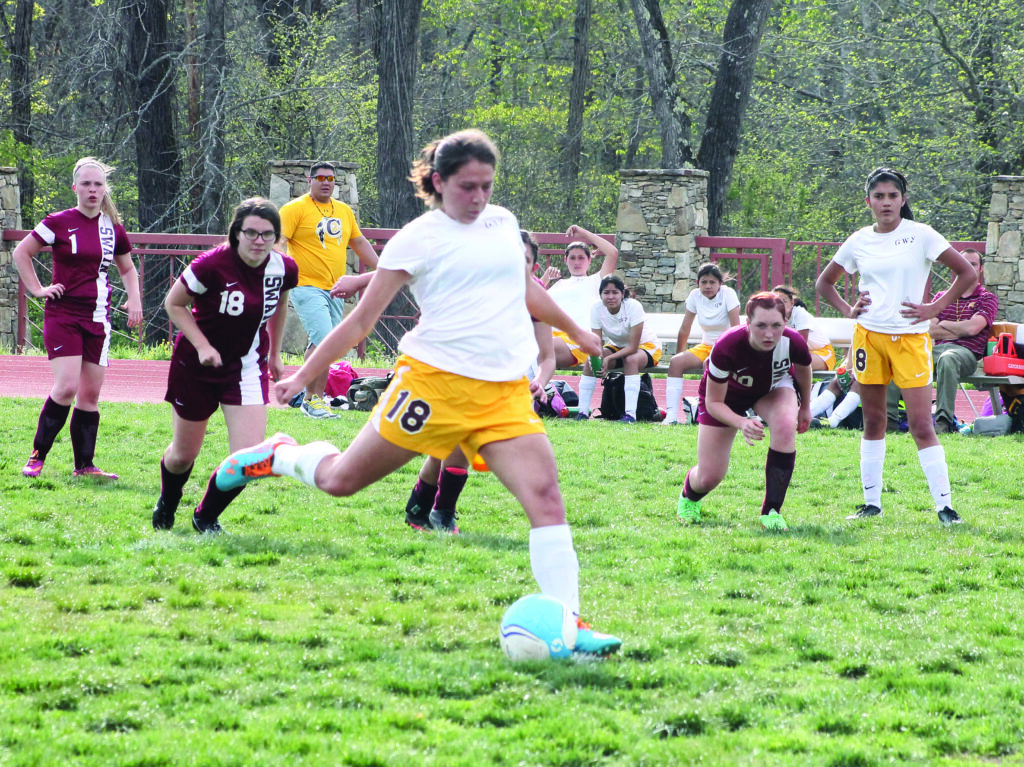 Taran Swimmer scores on a penalty kick near the end of regulation of a home soccer match against Swain on Monday, April 21. The Lady Braves won 4-2 in double overtime and Swimmer ended the match with three goals. (SCOTT MCKIE B.P./One Feather photos)

By SCOTT MCKIE B.P.  ONE FEATHER STAFF   Taran Swimmer got the hat trick to lift the Lady Braves over Swain 4-2 in double overtime at home on Monday, April 21.  Cherokee trailed 2-0 with less than 17 minutes left in regulation when Swimmer scored her first goal off a deflected kick at 16:26 in the second half. She tied the game at 2-2 on a penalty kick, her sixth of the season, with only 1:52 left in regulation. Neither team scored in the first 10-minute overtime.  In the second overtime, Avery Mintz put the Lady Braves on top as she put home a goal following a nice crossing pass from Swimmer at the 4:51 mark.  Several minutes later, Swimmer scored her third of the match on a blast from 10 yards out. 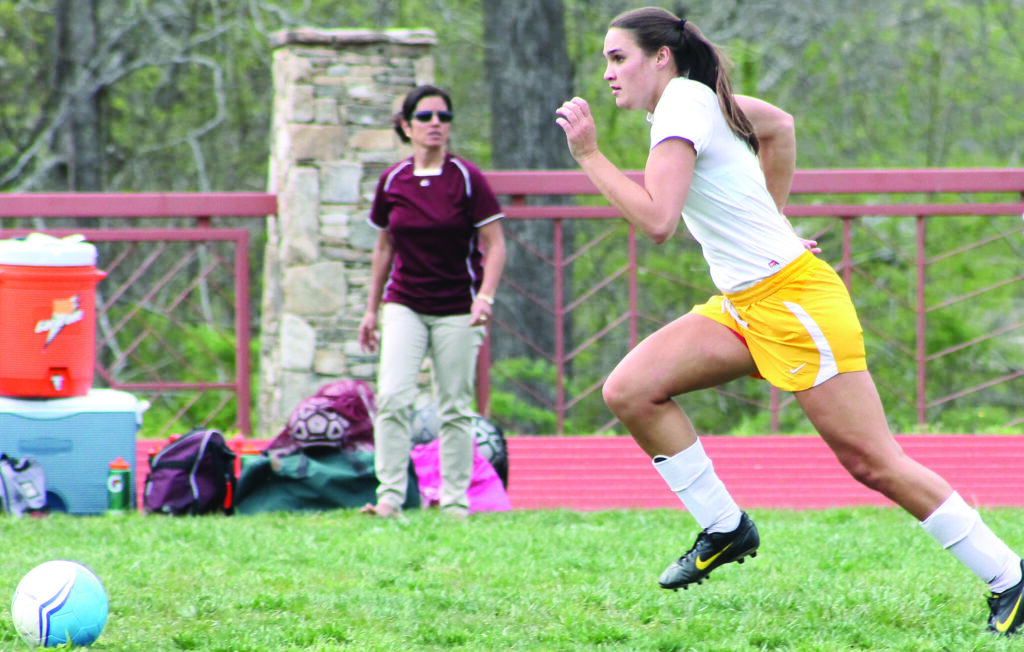 Avery Mintz sprints up the right sideline with the ball in Monday’s match. She scored a goal in the second half.

“Anytime your team comes back from behind you’re proud of them,” said Lady Braves head coach Sebastian Brun.  “A lot of times, we get behind and just sort of give up so I’m really happy with how a lot of our players played today.” “Our defense did great today,” he said.  “Kaycee (Lossiah) is new to defense, but she did a wonderful job.  Peri (Wildcatt) did a phenomenal job as a sweeper breaking up stuff.  Samantha (Rauch) held one of their best players down for most of the game, and she played very tight.  We worked on possession the past week, and it started to come together in the second half.  When the other team got tired, we were able to put some passes together.” Swimmer noted on her three-goal game, “It’s pretty great, but it wouldn’t be possible without everyone else.  It’s really the whole team’s goals, not really mine.” 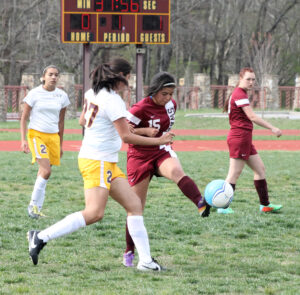 The first half of the game was back and forth with not much play near the goal of either team.  Swimmer had one shot in the first half and Mintz had three including one that nearly hit the right post. The only score of the first half came as Swain’s Storm Ledford drilled a shot from the left side into the upper right corner of the net at the 6:54 mark. The second half opened pretty much the same as the first with both teams still feeling each other out in the midfield.  Six minutes in though, Peri Wildcatt took a free kick from around 35 yards out that was just saved by the Swain goalie. Ten minutes later, Swain’s Mary Villagomez found the back of the net following a corner kick by Ledford.