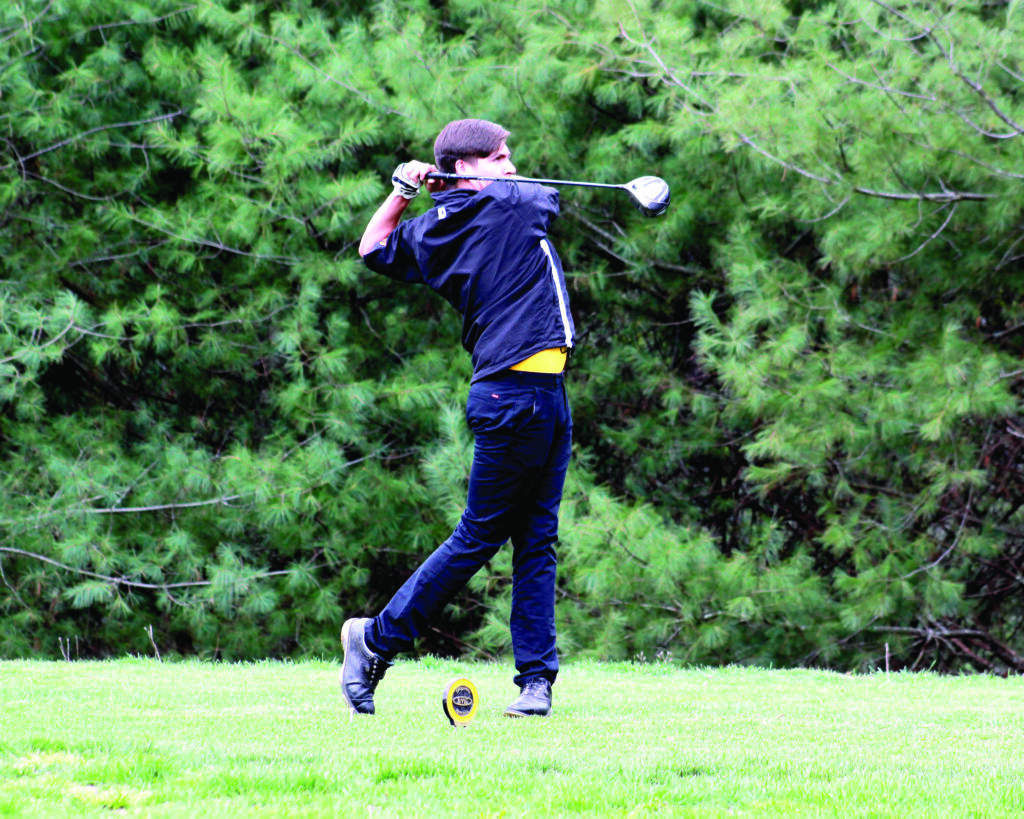 Cherokee’s Tagan Crowe follows through on a drive during a home match at the Sequoyah National Golf Club on Tuesday, April 8. He took first place overall with a score of 41. (AMBLE SMOKER/One Feather)

WHITTIER – The Sequoyah National Golf Club, a course known to be a formidable opponent to any golfer looking to display their mettle and skill, played host to the home match of the Cherokee Braves golf team on Tuesday, April 8.  The Braves secured the victory by carding a team score of 187 collectively on the front side of the 9-hole, par 36, 3,049-yard course.  Blue Ridge placed second with a score of 224 while Rosman and Nantahala didn’t qualify because they didn’t have four players.

“It’s been our best performance of the year so far.  We had some guys who stepped up and played really well,” said Coach Andrew Maney after Monday’s victory.

The Braves were led by senior Tagen Crowe, who finished on top of the leaderboard by carding a 41, just five strokes north of par and two strokes above his season best.  Given the cold and blustery conditions, Crowe finished his strong outing by chipping in for birdie on hole number nine.

“Logan Teesateskie and Derrick Ledford both stepped up today by shooting personal lows.  We were also pleased with how Steven Straughn played for only his second match this season.  Overall, a much better effort from the team and a good sign as we approach the end of the season conference tournament,” said Coach Maney.

As the season begins to wind down, the Braves travel to the Sapphire National Golf Club on Thursday, April 10 to continue sharpening their skills in a match hosted by Highlands.  The Braves look to build upon their first place finish at the Sequoyah National Golf Club and make a strong push towards the conference tournament that will be held later this month.