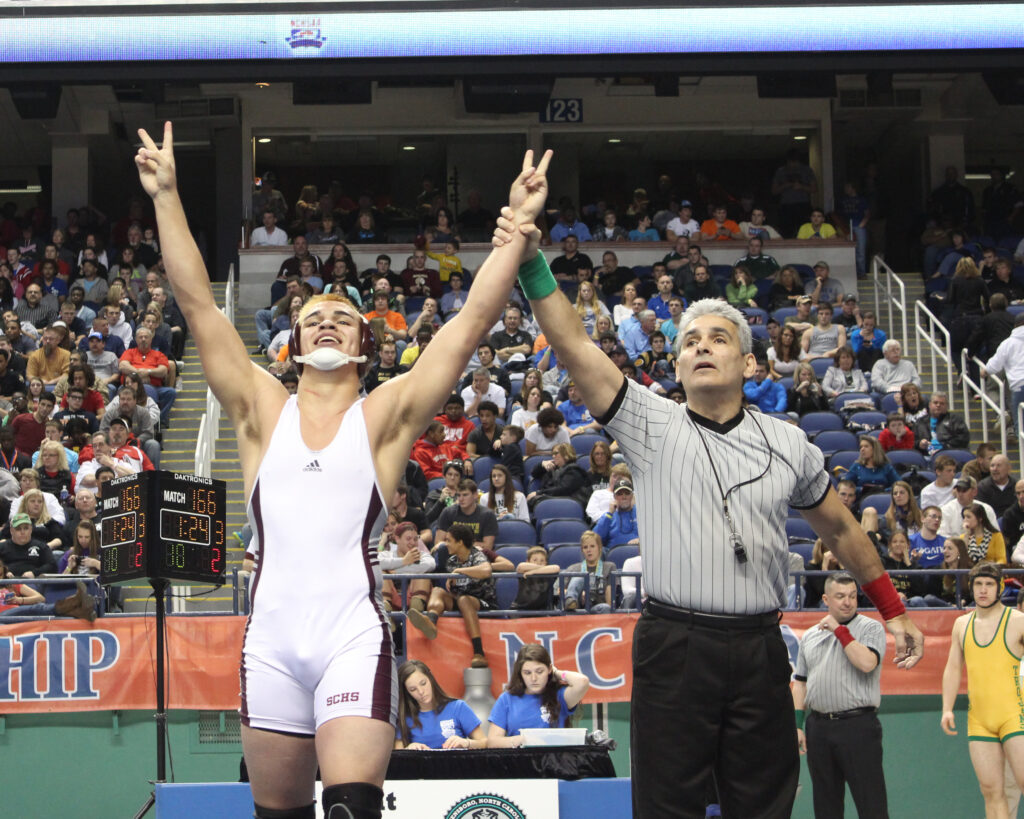 EBCI tribal member Spencer McCoy, a junior at Swain County High School, received an Honorable Mention in the March 2014 issue of Wrestling USA Magazine.  The publication ranked the Top 30 high school wrestlers from across the nation in the 195lbs. weight class.  Wrestling USA has also added a special mentioning of McCoy as one of sixteen rising names for the tough 195lbs division.

McCoy finished his illustrious 2013-14 campaign with an undefeated record of 29-0.  He is currently the two-time defending NCHSAA 1A Regional and State Champion.  McCoy has also collected three straight Smoky Mountain Conference Championships and has a career record of 97-12.