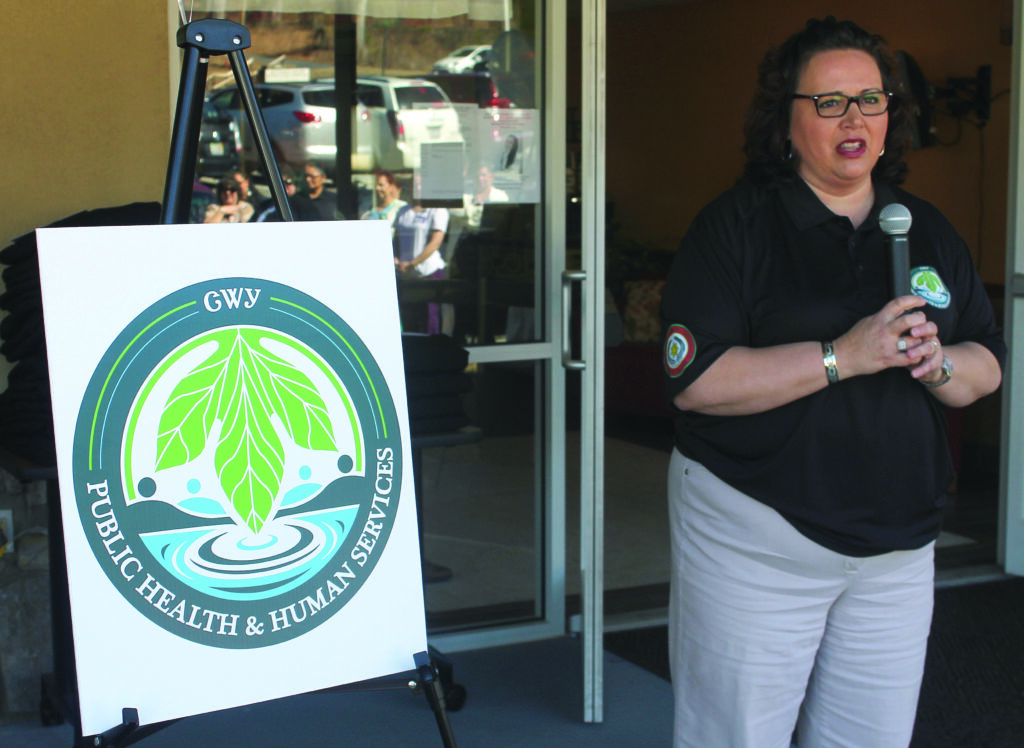 The EBCI Health and Medical Division is no longer.  The new Cherokee Public Health and Human Services Division is taking its place and was officially introduced to the public during an event at the division’s administrative building on Tuesday, Feb. 18.   The new division includes the programs from the old Health and Medical Division as well as a new Social Services office that will handle those responsibilities on the Cherokee Indian Reservation now.

The new division will consist of the following main programs which will contain numerous smaller programs under their umbrella:  Heart-to-Heart, Juvenile Services, Commodity Foods, Domestic Violence and the Ernestine Walkingstick Shelter, Emergency Housing, and Family Services.

“We started this endeavor many years ago, and it’s happened in several phases,” Principal Chief Michell Hicks said during the event.  “There started to be some doubt and frustration, but through diligence, commitment, dedication, and hard work, we were able to get to today where we have a new division that is going to handle all of the social services issues related to the Tribe.”

He praised the staff of the division and commented, “Everybody is involved in changing a life.  As we look at where we’re going with this new division, that’s what it’s going to be about, our responsibility to change lives.  If we change one, that’s awesome, but I anticipate that we’re going to change a lot of lives.”

Chief Hicks said one of the main reasons behind the new division is to bring programs together.  “We have a lot of good programs, but we have a lot of silos.  With the new division, we’re going to do our best to take these silos away, and there will be a better sense of cooperation.  They will be working closer together, be housed closer together, and I truly think there’s going to be new results in a few months and a few years.”

He ended by saying, “We’ve got a responsibility to generations ahead, and we want to make sure we’re putting our best foot forward.  This decision has not been easy, and it’s not going to be easy going forward…but, I’m confident with the expertise we have here that they’re going to get the job done.”

Chairperson Terri Henry noted, “On behalf of Council, I would like to thank you all from the very bottom of our hearts for all of the effort and everything that you put into making this happen.  I know that we, as Council members, are the ones who get the phone calls whenever families are in crisis, and a lot of times it’s been hard for us to tell people who to go see because the system was sort of fragmented.”

She continued, “Our families really should be number one.  They should come first.  Those children that are living in whatever situation they are living in; they need to come first.” 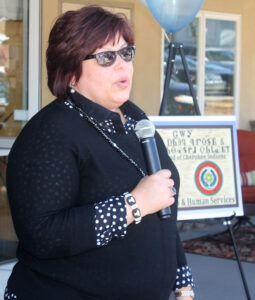 Painttown Rep. Tommye Saunooke, who serves as the chairperson for the Tribal Council Social Services Committee, said, “It’s been a long time coming.  I know it started with Leon Jones’ administration, and we’ve plugged along.  No county will ever be able to do what we can do for our own people.”

Wolfetown Rep. David Wolfe, who serves as the chairperson for the Tribal Council Health Board, commented, “I’d like to thank everyone that helped do the planning.  When I first heard of the idea for a new division, I was thinking, ‘wow, are we going to take all of this on at one time?’  But, they broke it down into a timeline, and that was a little more acceptable to me.”

Vickie Bradley, EBCI Deputy Health Officer, related, “We have so many partners that will help us succeed and continue to help us.”

“I’ve said many times before, we are honored to work with our leadership and to have so many committed individuals to this cause because families are first.”

Bradley said the logo for the new division was completed with input from employees and community members.  The sassafras leaf was used for the healing nature of the plant, and water was used to symbolize the traditional use of water in Cherokee life.  “Water is also very cleansing and purifying, and the ripple effect is the effect we want to have on our families.”

The mountains represent the Cherokee people and the families that the division will help.