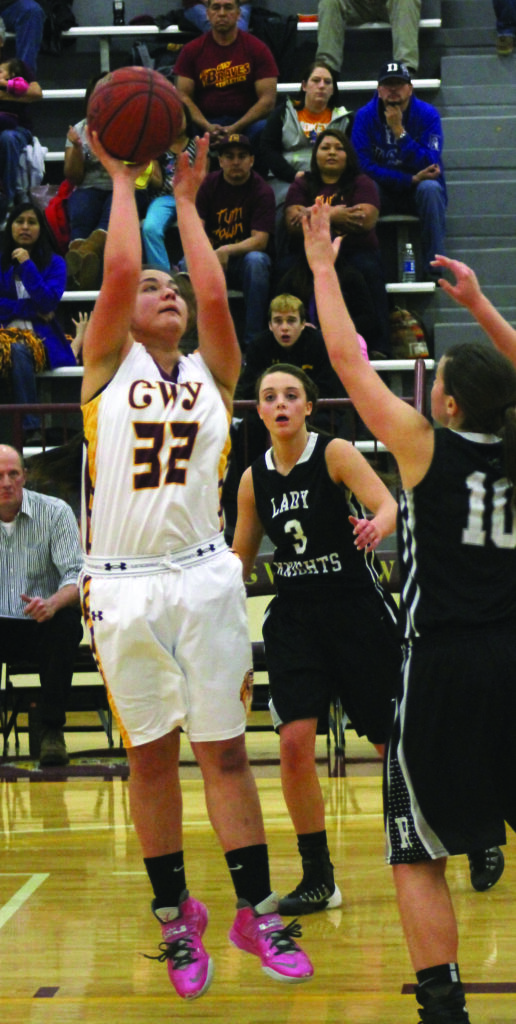 Taran Swimmer, senior, got the rebound of the game and quite possibly the season when she got a clean board between two Robbinsville players in a game at home on Saturday, Feb. 15.  The Lady Braves were up by 1pt (63-62) at the time. 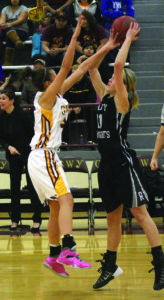 “It’s awesome, it never gets old,” said head coach Chris Mintz on winning their fourth straight title.  “I told the seniors, ‘nobody else has felt what it means to win a championship while you have been here and that’s pretty special.’”

The game was back-and-forth the entire time.  Robbinsville took an early 24-17 lead after the first period, but the Lady Braves roared back and led 40-36 at the half. 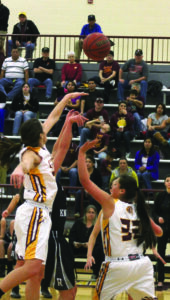 Cherokee played better possession ball in the game committing only 4 turnovers to Robbinsville’s 12.  Cherokee also had 10 steals in the game with Toineeta, the WNC leader, getting 4.

The Lady Braves will enter the Big Smoky Mountain Conference tournament with the number one seed.  Due to weather postponements, the brackets are not out yet.

When asked his thoughts on the upcoming conference tournament and state playoffs, Coach Mintz commented, “Our conference is tough.  We have three or four really tough teams to get through.  Anybody that comes out of our conference can probably get to regionals and do some damage.”