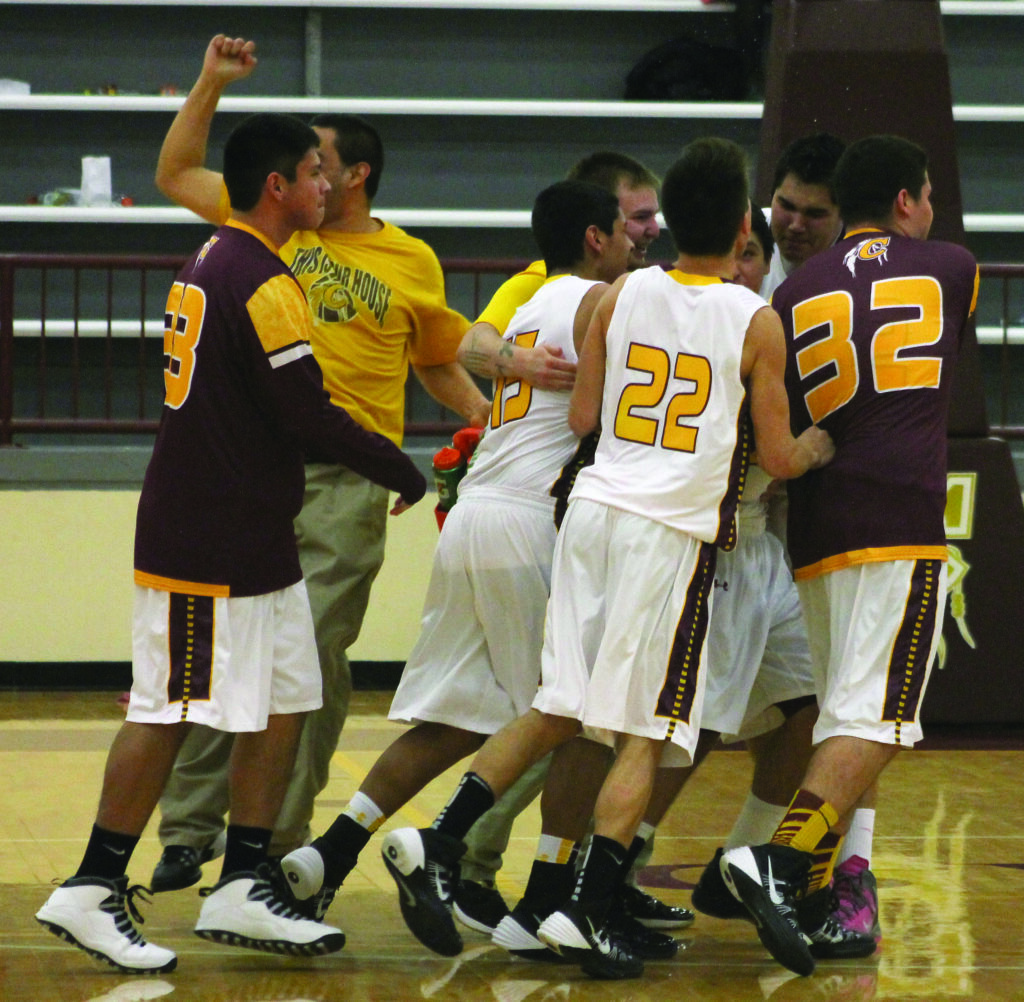 Braves celebrate their victory over the Robbinsville Black Knights at the Charles George Arena on Saturday, Feb. 15. With the win, Cherokee takes a share of the Big Smoky Mountain Conference title. (SCOTT MCKIE B.P./One Feather photos)

Darius Thompson, senior, hit a perfect jump shot from the top of the key with 1.2 seconds left to lift Cherokee over Robbinsville 74-72 and give the Braves (14-9, 10-2 in conference) a piece of the Big Smoky Mountain Conference title.  The game, played at home on Saturday, Feb. 15, was a back-and-forth affair the entire way.

“It was the gutsiest performance I’ve ever seen,” said Braves head coach Willis Tullos after the game.  “Our kids did a tremendous job, and they’re the ones that did it…they deserve all of the credit.”

An emotional Thompson said moments after making his game-winning shot, “I’ve been waiting for this my entire life.”

When asked what was going through his mind as he took the final shot, he commented, “I knew it was going in as soon as it left my hand.  It was awesome.  I’m just glad I could do it for my final regular season game.” 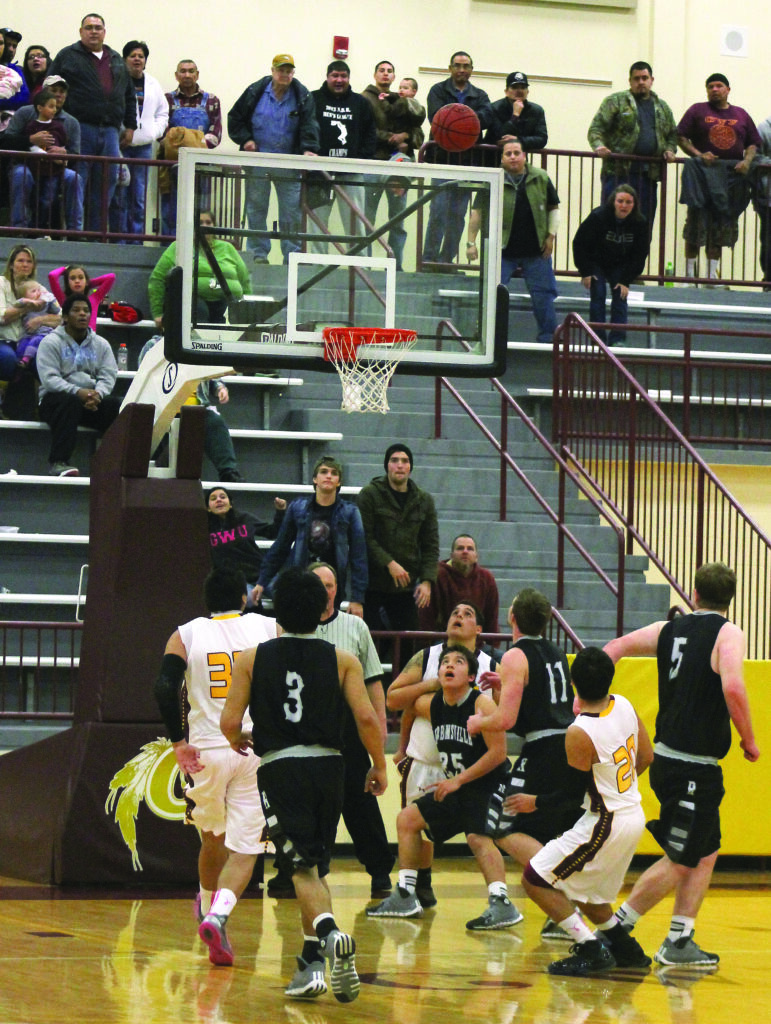 Darius Thompson (#20) makes the game-winning jump shot as his teammates, all of Robbinsville’s players, and every person in the Charles George Arena watches.

Thompson led the Braves with 23pts followed by Jason McMillan with 15.  On the night, Thompson hit 3 three-point shots.

Cherokee had 7 steals on the game including 3 by Brandt Sutton. 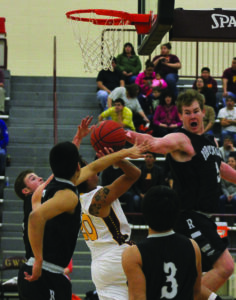 The Black Knights edged Cherokee 18-17 in the third period, and the Braves outscored them by four in the final period to take the two-point win.

With the win, Cherokee wins a share of the Big Smoky Mountain Conference title along with Hayesville (20-4, 10-2 in conference) and possibly Robbinsville (18-4, 9-2 in conference) who is tied for first but still has one regular season game left at Rosman on Monday, Feb. 24.

Due to weather postponements, the conference seedings are not yet out.  When asked his thoughts on the post-season, Coach Tullos related, “We’ve got to feel good about it because we’ve beaten the other top two teams within a two-week period of time.”