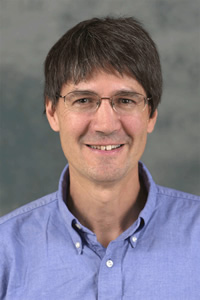 As the Archibald Hanna, Jr. Fellow in American History, Francis is spending the month of September in residence at the library, which is home to the Kilpatrick collection of nearly 2,000 Cherokee manuscripts. There, he is working with a team committed to determining the range of genres of Cherokee writing, identifying significant Cherokee written texts and developing a grammar of written Cherokee.

Francis said one of the most significant finds has included a mid-19th-century printed primer that has short articles about animals, including fox, squirrel and cow, and stories about 19th-century life.

“We should be able to develop these into early readers for the Atse Kituwah Cherokee Language Immersion Academy and for our classes at WCU,” said Francis.