Smith extradited to Cherokee after arrest in NM

Kyle Jacob Smith, 20, of Whittier, was picked up in Farmington, NM for Assault on June 10.  Smith was held in the San Juan, NM Detention Center. 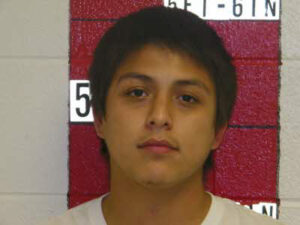 While in custody, New Mexico authorities confirmed that he had outstanding warrants in Cherokee Tribal Court and contacted Cherokee Indian Police Department to begin the extradition process.

As a result, two CIPD officers traveled to New Mexico and transported Smith back to Cherokee.

Smith was taken before a Tribal Magistrate on June 16 on the following charges:

Smith is being held in Swain County Jail without bond until his court date on June 25.