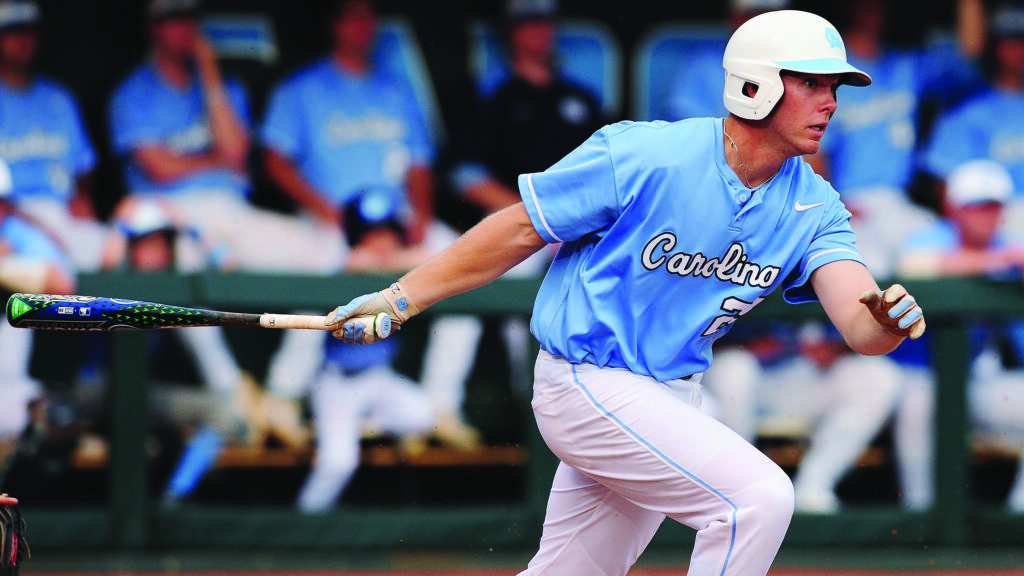 Cody Stubbs, an EBCI tribal member, has been drafted by the Kansas City Royals. He is shown in action as a member of the UNC baseball team. (Photo courtesy of UNC Athletic Dept.)

An EBCI tribal member was drafted by the Kansas City Royals during the Major League Baseball draft on Friday, June 7.  Roland Campbell “Cody” Stubbs IV was taken in the 8th round (234th overall pick).

As the UNC first baseman, he helped lead the Tarheels to this season’s ACC Championship.  In the semifinals, he hit a clutch hit in the 18th inning to defeat N.C. State and advance his team to the finals where they defeated Virginia Tech to take the championship.  The N.C. State game set ACC Championship records of largest single-game attendance and longest game.

For his efforts, Stubbs was named to the 2013 ACC All-Tournament team.

Prior to being a Tarheel, Stubbs spent his sophomore year at Walters State Community College in Morristown, Tenn. where he led the team with a .403 average.  He scored 56 runs and had 17 home runs and 75 RBIs.

As a freshman, he played for the University of Tennessee where he started 21 games and posted a .241 average with 20 runs and 13 RBIs.

Stubbs was drafted out of high school by the Boston Red Sox who took him in the 29th round (888th overall pick).  He opted to attend Tennessee instead.

He was drafted again after his sophomore year at Walters State.  This time, the Washington Nationals took him in the 14th round (427th pick).  Again, he opted for college baseball instead of the majors.

Having now used his four years of college eligibility, Stubbs is likely to sign with the Royals.

Stubbs is the great-grandson of Bertha and Chief Osley B. Saunooke.