The Division of Commerce welcomes two college interns into the division for the summer months.  These internships are designed to provide practical experience in a particular field for the intern.

John David Arch is doing his internship in the Public Relations Department, under the guidance of Lynne Harlan, public relations supervisor.  He will also be performing duties in news reporting.

He is pursuing a major in Communications with a concentration in Public Relations at Western Carolina University.  He plans to graduate with a bachelor’s of science degree in May 2015. He is currently the President of Student Veterans Association and a member of the College of Business Management Club.

In the US Navy, he served as a manager of Information Systems where he led his team to achieve high Naval Technical Standards for Informational Systems.  As a Navel instructor, he taught sailors to manage, secure, and administer a Local Area Network on both Naval ships and submarines. He received six Naval Achievement Medals for exemplary leadership and performance.  He retired after 20 years of service in the US Navy.

His plans for the fall are to attend the University of Avans of Applied Science in Breda, Netherlands. 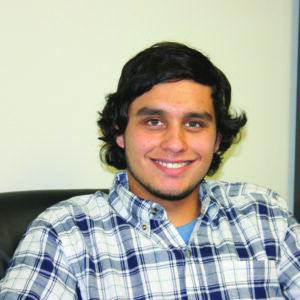 Alexander William Crowe is doing his internship in the Department of Community and Economic Development, under the guidance of Damon Lambert, Economic & Community Development manager.

He is studying Community and Regional Planning at Appalachian State University and plans to graduate with a bachelor’s of science degree in May 2014.  He is a member of the American Planning Association and is certified in the Geographic Information Systems.

Crowe is also certified as a lifeguard for the American Red Cross and in CPR for the Professional Rescuer.

The two internships will end in August 2013.

For additional information on the internships, contact Jean Jones 554-6264.