In its 11 years, the Cherokee Preservation Foundation has made close to 800 grants in the areas of cultural preservation, environmental preservation, and economic development/employment opportunities.  This past year’s grantees were highlighted at the Foundation’s annual Community Celebration held at the Cherokee Indian Fairgrounds on Friday, May 10. 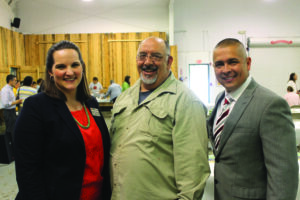 “I want to thank you for coming out today to see some of these great projects that have been going on here,” said Annette Saunooke Clapsaddle, Cherokee Preservation Foundation executive director.

“This is the first chance I get to see a lot of these projects that the Foundation has funded over the past two years so I get to explore a little along with you,” said Clapsaddle who recently took the position after the retirement of the Foundation’s first executive director Susan Jenkins.

Clapsaddle noted, “I hope that these projects and these organizations inspire you to find ways in which you can serve your community through ideas for community projects or partnerships in the region.” 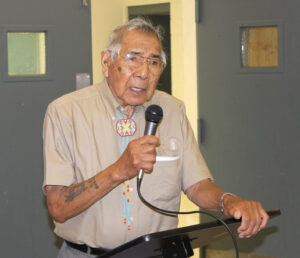 Big Cove Rep. Perry Shell said the Foundation has been especially good to his community.  He said the formation of the Foundation was one of the smartest parts of the gaming compact negotiations with the state of North Carolina over ten years ago.  “The entire Tribe has benefited from the Foundation, and I can speak to Big Cove where we have gotten grants that have helped beautify the community, that help to maintain our culture, have helped with roadside beautification and river clean-up.”

He said the community received a grant recently for nearly $25,000 to help teach traditional cooking, pottery, basketry and sewing.  “It’s helping to maintain the culture.  It’s flourishing it and nourishing it, and it’s what we have to do.  We just really appreciate what has been done here not only for Big Cove, but for the entire reservation.” 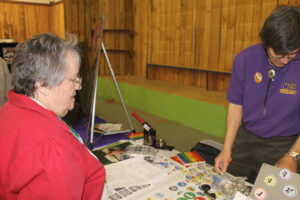 Various grantee programs set up booths at Friday’s event, and three live presentations were made including: Cameron Cooper, EBCI energy coordinator, who spoke on sustainable energy projects ongoing with the Tribe; Jody Bradley, Cherokee Indian Hospital, who spoke on the Hospital’s Green Project; and Russ Seagle, The Sequoyah Fund, who spoke on the Green Loans program.

“Every time you walk into Cherokee Indian Hospital and you see color or you see culture or you see community or you see Cherokee, you are seeing proceeds from the Cherokee Preservation Foundation,” said Bradley, “because there would be no color, no culture and no community without those grants.  So, we really appreciate the work they do.”

Friday’s program was opened with a prayer by EBCI Beloved Man Jerry Wolfe, and the NAIWA Cherokee Chapter served Indian dinners prior to the presentations.