Cherokee’s Avery Mintz, a junior, has been named to the NCPreps.com All-State team that goes across all classifications.  She previously has been named All-Conference, All-District, Smoky Mountain Conference Player of the Year, and District Player of the Year.  Mintz was the only player in western North Carolina to be named to either the boys or girls All-State teams. 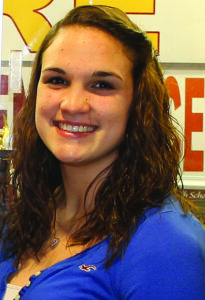 Of those honors, she previously told the One Feather, “Being able to win all of these awards is really exciting. It’s an honor, and I’m really proud of my team and all that we’ve accomplished this year and I can’t wait for next year.”