Recently employed as the child nutrition director at Cherokee Central Schools, Janette Hammett’s seek for challenge and a way to use her education finally became a reality. 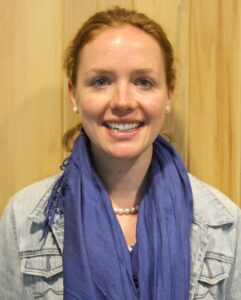 Jannette was born in Spartanburg, SC.  She lived the majority of her childhood years in Burlington, Ontario.  However, her routes are deep in the mountains of western North Carolina.  In 1998, she and her family moved to Hendersonville where Janette attended and graduated Hendersonville High School.   She then went on to Western Carolina University to pursue an unknown major.  Her interests were in education and counseling mainly, however could not make up her mind.

Having the passion to travel, Janette completed a study abroad semester in Australia.  She attended Lismore, New South Wales and that is where she found her calling.  Nutrition and Dietetics incorporated everything she felt so strongly about, health and well-being.

Janette has held two professional positions prior to her employment with Cherokee Central Schools.  Her first position was tobacco prevention coordinator at Macon County Public Health.  Her responsibilities were to empower the youth to promote tobacco cessation within their community.  Her efforts included obtaining a grant to pass a Tobacco Free Parks and Recreation Policy in Macon County.  This policy was passed by the officials in 2012.

Secondly, Janette was employed as Swain County’s WIC director/nutritionist.  She also completed her training to become a North Carolina Lactation Consultant.  She enjoyed working with members of this community to improve the health of their families.

She looks forward to working with the kitchen staff to provide nutritious meals.  Her overall goal is to provide the students, faculty members and families of Cherokee Central Schools with healthy, high quality and appealing foods that will nourish their bodies and increase their performance in the classrooms.