Two groups in Virginia that claim Cherokee heritage are seeking state-recognition in that state’s General Assembly.  The Appalachian Cherokee Nation of Virginia and the United Cherokee Indian Tribe of Virginia, Inc., aka Buffalo Ridge Band of Cherokee, are seeking recognition through Virginia Senate Joint Resolution No. 300 (SJR 300). 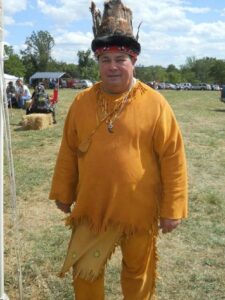 The resolution states it “does not address the question of whether the tribes have been continuously in existence since 1776” and it “does not confirm, confer, or address in any manner any issues of sovereignty.”

Cherokee Nation Councilwoman (Seat 2) Cara Cowan Watts is a long-time opponent of the state recognition of tribes especially when they claim Cherokee heritage.  “Our grassroots partnership between the Eastern Band Council and I, along with several local friends in Virginia, was successful in getting the Virginia Legislature to table the recognition of two groups claiming to be Cherokee Tribes.  Although we were successful with this Legislature, we must assume they will continue to try and raise this issue.”

Councilwoman Watts is a member of the Cherokee Identity Protection Committee, a joint venture of the three federally recognized Cherokee tribes, which was formed in October 2011 to protect Cherokee culture and heritage.  The Cherokee Nation has compiled a list of over 200 tribes, including both the Appalachian Cherokee Nation and the United Cherokee Indian Tribe of Virginia, that it considers fabricated groups claiming Cherokee heritage.

“So, we must all be ready and working together to inform and educate other states on who the real sovereign governments of the Cherokee people are today being the Eastern Band of Cherokee Indians, Cherokee Nation and United Keetoowah Band,” said Councilwoman Watts.  Without the Eastern Band’s support, our success in Virginia, Tennessee and elsewhere on this issue would not be possible.”

“Cherokee history is clear,” Councilwoman Watts wrote.  “Only these three federally-recognized Tribal Nations should exist, today.  I am a citizen of a nation, and not a member of a club.  The identity and cultural theft of our people continues with groups such as these trying to make governments out of affinity groups.”

She invited Sen. Newman to visit with the Eastern Band of Cherokee Indians or the Cherokee Nation “to see first-hand the Tribal elders and youth who would be affected by the decisions of the State of Virginia.”

The Appalachian Cherokee Nation, based in Winchester, Va., has 230 members according to Jim “Silver Fox” Dillard who serves as the group’s Head Warrior and Sheriff.  He related that there are two, possibly three, people in their group that speak the Cherokee language fluently.

“Our Cherokee people, they are a proud people,” said Marshall “Lone Wolf” Couch, the group’s principal chief.  “We don’t give anybody any trouble, and I don’t understand why everybody is asking us questions.”

When asked if his group has ever had contact or dealings with any of the three federally recognized Cherokee tribes, Couch said, “Why would we have any dealings with them?  They always call us wannabes.  I have Indian blood.  I don’t care what they call me.”

“We have just as much right to our heritage as anyone else,” said Couch.  “It is time that the State of Virginia stands up and recognizes us.”

To become a member of the Appalachian Cherokee, a person must first arrange a preliminary interview with Couch and then submit an application, complete with family tree, along with a $25 fee.

“It seems all of the other tribes are coming up against us because we’re going for state recognition,” said Audrey “Whispering Wind” Dillard, the group’s Vice Chief who also serves as the Head Woman for the Council.  “We are Cherokee people.  I was raised up in the way, and even as a child I knew who I was.  We continue to walk in the way, and I have raised my children up that way so they can continue on when I am no longer here.”

She added that it’s really sad “when you’re ridiculed and being told what you’re not when you know what you are”.

Rosalee “Sacred Sparrow” Evans, the group’s genealogist and a member of the Council, commented, “We don’t want any money.  We’re not into that stuff.  We just want to be recognized.  Say that the Cherokee are here in Virginia.  That’s all we ask.  State recognize us like the other tribes.”

She went on to say, “We’re all Cherokee.  We’re getting the same treatment from our own.  Indians against Indians, that’ sad, sad, sad.”

For more information  on the Appalachian Cherokee Nation, visit www.appalachiancherokeenation.net.

The United Cherokee Tribe of Virginia did not respond to the One Feather’s request for comment on this issue.