CULLOWHEE – Rob Young, director of the Program for the Study of Developed Shorelines at Western Carolina University, is co-recipient of the 2011 Award of Excellence for Diversity in Action from E3 Washington, an environmental education association in Washington state. 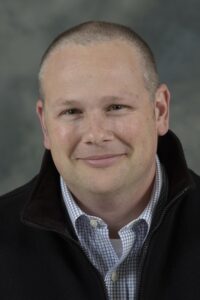 Young shares the award with the environmental education program NatureBridge and the Lower Elwha Klallam Tribe for the Elwha Science Education Project, a program for the tribe’s children to learn about the cultural and natural history of the Elwha River through scientific discovery and investigation. E3 also commended Western Carolina University for its support of the program.

Young, recent winner of a Fulbright award for a coastal policy in Bulgaria, led WCU’s efforts in the Elwha Science Education Project, funded through $1.5 million from the National Science Foundation.

This past fall, in the nation’s largest dam removal project, workers began the three-year project of demolishing two antique dams on the Elwha River. The dams, constructed in the early 1900s, devastated the Klallam Indians who had lived along the Elwha for thousands of years by blocking the river’s salmon runs and flooding a sacred place on the riverbanks considered the tribe’s creation site. In addition to an article on the education project, the Smithsonian magazine also documented the beginning of the dam demolition.