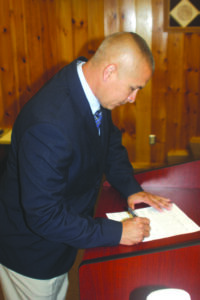 Principal Chief Michell Hicks signs a resolution on Friday, June 8 that ratifies and confirms the gaming compact between the Tribe and the state. Now, the compact goes to the Department of Interior for approval. (SCOTT MCKIE B.P./One Feather)

“This has been a long, hard-fought battle, but we have survived and have become stronger with this initiative,” Chief Hicks said as he addressed Council on Friday.

The gaming compact agreement now has to be approved by the Department of the Interior.  Chief Hicks said the resolution will help with that process.

It is his hope that table games come online at the casino by July 4.

“We’re a little bit behind revenue generation for the year, and we need to catch back up as soon as possible.”

Following the unanimous vote, several Tribal Council representatives spoke about the efforts to get the gaming compact passed in Raleigh and of the overall effort throughout the years.

“There have been a lot of people involved in trying to get this passed since 1995, too many to name.” said Yellowhill Rep. B. Ensley who made the motion to pass Friday’s resolution.

Big Cove Rep. Perry Shell commented, “It’s been a long time coming.  With other previous governors, they’re been promises made and promises broken.  Finally, it’s come to pass and there’s a lot of people to thank for that…I think this is a good day for our people.”

Birdtown Rep. Tunney Crowe said, “I want to thank everyone that had a hand in this.  I know there was a lot of work that had to be done down there, and I enjoyed being part of that…I think we definitely made history down there this past week.”

Cherokee County – Snowbird Rep. Diamond Brown Jr. added, “I would just like to say that it’s a good day to be Cherokee.”

Chief Hicks thanked Attorney General Annette Tarnawsky for her work on the compact.  “Annette has lived in Raleigh and on the phone.  We owe a great gratitude to her for what she’s done for this Tribe.  It’s not only a revenue generator; this helps us look at expanding services in the future.” 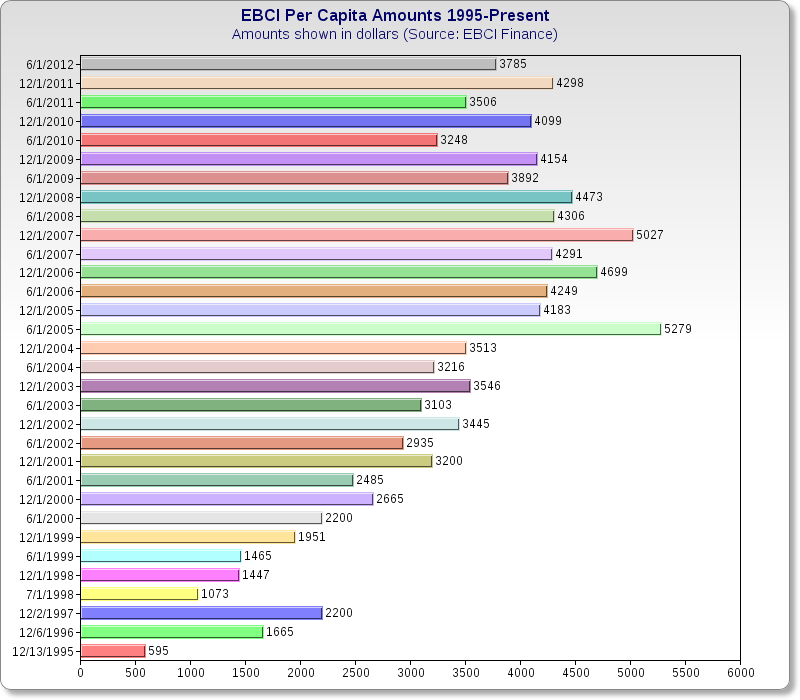