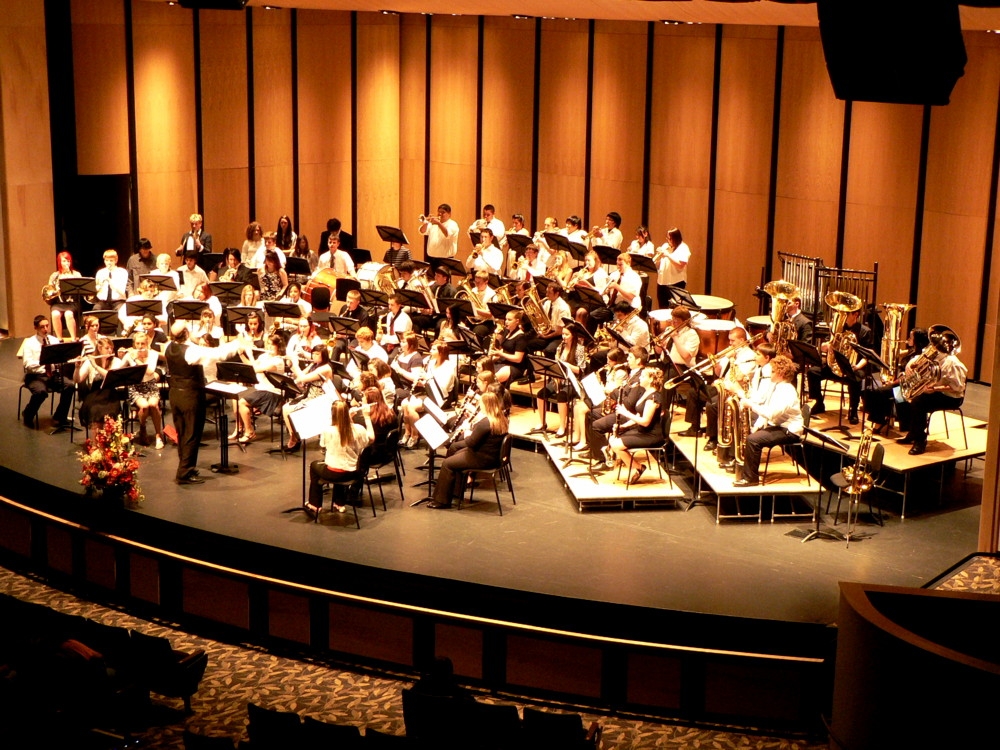 The newest SuperBand Concert was presented this month featuring the 100+ member massed High School Bands of Cherokee and Franklin.  Both Bands rehearsed the concert music separately, came together for one combined rehearsal on March 13 and then performed for the public on the evening of March 15.

They were conducted in turn by three teachers, Cherokee’s Bandmaster Kurt Hotelling, Franklin’s Buddy Huckabee and Franklin’s student teacher, Nicole Seagers.  The SuperBand, a brainchild of Hotelling’s, started in 2001, and provides an opportunity for high school bands in these remote mountain reaches to gather into a much larger ensemble, allowing for young musicians to share and compare techniques, multiple conductors, and sound as well as creating a complete instrumentation that is otherwise not available to all the schools such as can be found in the larger cities of our state.

As a result, each SuperBand is unique.  Other schools that have participated in past SuperBands (which have appeared bi-annually to this point) include Swain County, Macon County, Hayesville, and Andrews.

Concert selections this year included the Theme from “Superman,” the traditional fanfare for the concerts, “The Great Locomotive Chase,” a Civil War event played out in exciting musical form, “The Muppet Show,” followed by a medley of themes from the original “Pirates of the Caribbean,” and finishing with a pastiche from “The Lord of the Rings: The Return of the King.”

Due to its continual success and popularity, Cherokee and Franklin have decided to boost the event to a yearly tradition.  The SuperBand returns next March.