Late yesterday, Tuesday, March 20, Rangers at Great Smoky Mountains National Park began a search for a second missing person, while the search for Derek Lueking continues.  The second subject is Michael Giovanni Cocchini, 23, who is a Nashville resident staying temporarily in Gatlinburg.  He was last seen by friends at the Walmart in Sevierville at about 2p.m. on Sunday, March 18. 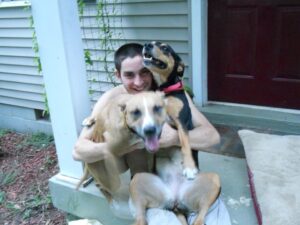 Rangers became suspicious Tuesday afternoon when they noticed that a vehicle had been parked since Sunday at a quiet walkway along Newfound Gap Road approximately 1 mile south of the Park’s Sugarlands Visitor Center.  The walkway does not connect to the Park’s trail system, so there would be no reason that backpackers would leave vehicles there overnight. The walkway is a short, easy, trail that extends into the woods a short distance off the road and then dead-ends at the West Prong of the Little Pigeon River.

Rangers began the search at about 4p.m. on Tuesday.  A small group of Rangers and a tracking dog conducted a quick search of the trail and a portion of the riverbank, but did not pick up any definite signs of  Cocchini.  This morning Rangers will be aided by eight Tennessee State Department of Corrections officers and Tennessee State dog team.  The officers were assigned to the search through the cooperation of the Tennessee Emergency Management Agency (TEMA) which has provided the Park with a wide range of state resources over the years.

Cocchini is 6 feet tall, weighs 160 pounds and has short black hair and a scruffy beard.  He was last seen wearing blue jeans, a white t-shirt and gray or silver tennis shoes with blue stripes.  The subject is not known to be a hiker and had no gear for hiking or overnight camping.