Pendergraft recognized for role of ‘Alice’ 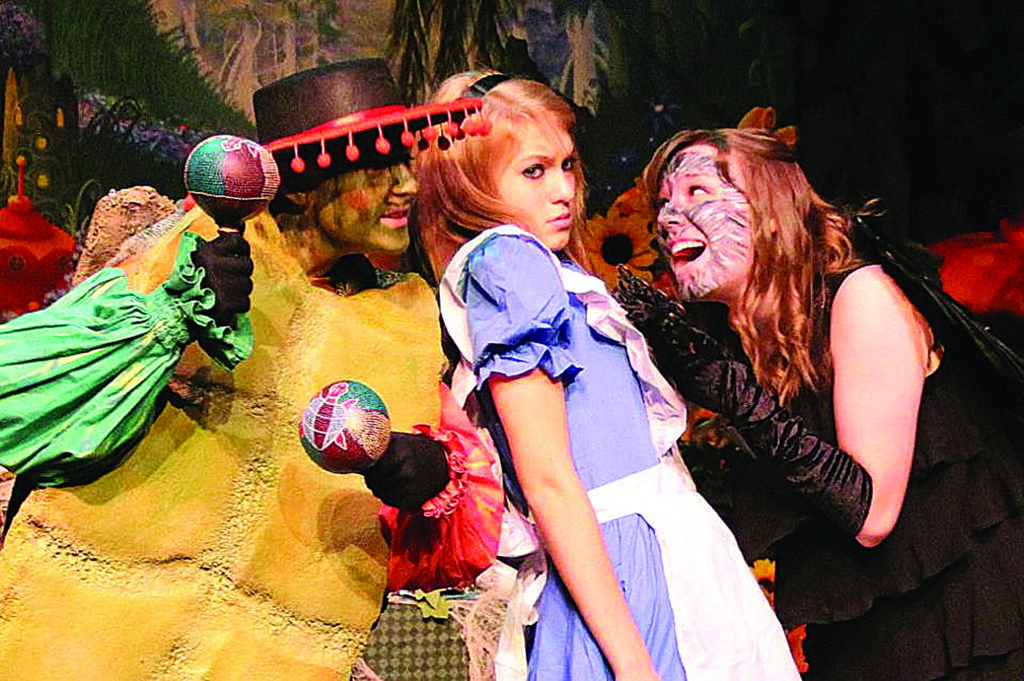 Neosha Pendergraft, an EBCI tribal member, was recognized with a Rubye Award for her role as 'Alice' in a theatre production of "Alice in Wonderland" in Tulsa, Okla. (Photos courtesy of Shan Goshorn)

TULSA, Okla. – Neosha Pendergraft, an EBCI tribal member, received an annual Rubye Award from Encore! Theatre Production Company in Tulsa, Okla. on Sunday, Sept. 25.  She won the prestigious award, voted on by patrons, in the category of “Favorite Actress in a Lead Role” (youth division) for her role of ‘Alice’ in “Alice in Wonderland”. 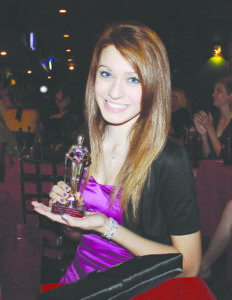 Pendergraft is shown with her Rubye Award.

This play featured both adult and youth actors and was performed in August to sold-out audiences in downtown Tulsa’s  Performing Arts Center. Pendergraft bleached her hair for the eight performances and memorized over 500 lines.

She is currently a 9th grade student at Booker T. Washington High School in Tulsa.  Pendergraft is the daughter of Shan Goshorn and Tom Pendergraft and the granddaughter of Edna Goshorn of Whittier.