Blue Ridge Parkway Superintendent Phil Francis has announced that the Parkway is taking an initial step in continuing the momentum generated during its recent 75th Anniversary by establishing a new Community and Partnerships Coordinator position. 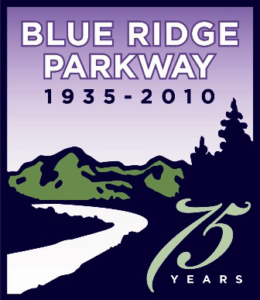 Emphasis on the entire Parkway region, and thinking beyond Parkway borders, was a central approach for Anniversary initiatives and it will now be a more central activity in the Parkway’s day-to-day operations.  The Parkway plans to continue to work collaboratively with partner organizations and communities in order to effectively achieve its role in the region through which it passes.

The Community & Partnerships Coordinator will initially be filled by Leesa Brandon, who recently served as the executive director of the Blue Ridge Parkway’s 75th project.  Brandon’s awareness of Parkway and regional issues, as well as emerging opportunities will serve the Parkway region extremely well.  Brandon will be working with the Parkway as a result of formal intergovernmental exchange with the North Carolina Department of Cultural Resources; yet another creative and collaborative solution to addressing the needs of the region.

Superintendent Francis said, “It’s another great example of how the State of North Carolina and the Parkway can work together for the mutual benefit of the Parkway and the Region through which it passes.   Brandon’s exemplary performance during the Parkway’s 75th Anniversary celebration makes her a perfect fit for the position. We believe that we have a great opportunity to protect our mountains while working with communities to enhance the economy of the region.”