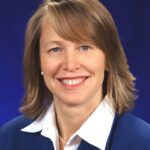 Bartlett brings 20 years of Girl Scout experience and knowledge to her current position. As Membership Manager for GSCP2P, she will primarily be responsible for girl and adult recruitment and retention. On a local level, Bartlett will support volunteers to expand membership and retain existing members while elevating and enhancing Girl Scout visibility. Bartlett will report directly to GSCP2P’s Director of Membership, assisting with the achievement of the organization’s mission to build girls of courage, confidence and character, who make the world a better place.

Bartlett is currently an independent contractor with Prudential Great Smokys Realty, where she was awarded the National Honor Society Award in 2009 for ranking in the top 11%of all agents nationwide. She is also the owner/operator of Business Commons and Everett Street Properties in Bryson City.

In Girl Scouting, Bartlett is now a second generation legacy professional Girl Scout. Her mother had a career with Girl Scouts of the Lenni-Lennape Council. Bartlett’s mother was her troop leader and was eventually hired in membership and promoted to executive director. She retired in 2004 with more than 40 years or service.

Before joining GSCP2P, Bartlett served as a five-year volunteer in the capacity of service unit manager and in additional roles as troop leader, cookie manager and nut manager. In 2009, she was awarded the Council Service Award for revitalizing Girl Scouting in Swain County.

Bartlett is very active in the community as a member of the Swain County Chamber of Commerce and Swain County Foundation. She was also instrumental in implementing Trick or Treat on Everett Street for more than 3,000 children for six consecutive years.