No Recognition for Central Band of Cherokees 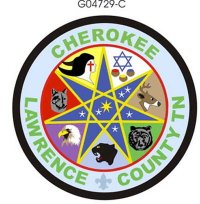 The group known as the Central Band of Cherokee, located in Lawrenceburg, Tenn., will not be receiving federal recognition if a “Proposed Finding Against Acknowledgment”, filed Monday, Aug. 16 by Assistant Secretary – Indian Affairs Larry Echo Hawk, holds up.

The 407-member group recently received recognition from the state of Tennessee, but BIA officials state, “The evidence shows the petitioner is a voluntary association formed in 2000 of individuals who claim but have not documented Indian ancestry.”

Information from the BIA states, “The petitioner claims its members are descendants of Cherokee Indians who had not given up their rights to 1806 treaty lands in Tennessee, or are descendants of Indians living in Tennessee who evaded removal or escaped when the Cherokee were removed from North Carolina in the late 1830s.  None of the evidence demonstrates the validity of either claim.”

It further stated, “The readily available public records clearly showed the petitioner’s members do not descend from any Cherokee group or any other Indian tribe.  The evidence clearly shows the group’s ancestors were consistently identified as non-Indians, primarily ‘White’ settlers coming to Tennessee in the early and mid-1800s from disparate locations.  At no time were they identified as Indians or living in an Indian community.”

The group received recognition from the State of Tennessee’s now-defunct Commission of Indian Affairs on Saturday, June 19.

The Eastern Band of Cherokee Indians and the Cherokee Nation both opposed that action.  At the time, Principal Chief Michell Hicks stated, “As one of three federally recognized Cherokee tribes, we have had no interaction with any of these groups and I absolutely do not support them in this endeavor.”

On Aug. 17, Joe Sitting Owl White, Principal Chief of the Central Band of Cherokee group, told the Knoxville News-Sentinel that he will challenge the BIA’s ruling.

In July, he told the One Feather that tribes outside of Tennessee such as the Cherokee Nation have been instrumental in keeping groups such as his from receiving recognition.  “They (Cherokee Nation) act like a bunch of lying, greedy white men.  “We’re the same blood.  Why would we want to fight each other?  That’s crazy.  That’s not Cherokee.”

There will be a 180 day comment period on this latest finding which will be posted on the Interior Department’s website at – www.bia.gov/WhoWeAre/AS-IA/OFA/RecentCases/index.htm.

The actual denial document from the BIA can be viewed here: