Three Country Stars, One Great Cause

Hosted by Harrah’s Cherokee Casino & Hotel, the concert starts at 9 p.m., doors open at 8:30 p.m. Tickets for this all-star event are just $9.99, plus a convenience fee, and are available through Ticketmaster (www.ticketmaster.com). Concert-goers must be 21 or older. Parking is free in the Casino Parking Garage or main parking lot. Shuttle service will be provided from the lot. 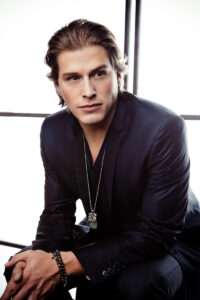 All three performers have had songs on the Billboard Hot Country Songs Chart. Singer/songwriter Jason Michael Carroll’s (www.jasonmichaelcarroll.com) 2009 album, Growing Up Is Getting Old (Arista Nashville, 2009), holds the hit single “Hurry Home” still in regular play. Carroll, who grew up in Youngsville, North Carolina, is no stranger to success. His first album, Waitin’ In the Country (Arista Nashville, 2007) went straight to number one with fan favorites such as “Alyssa Lies” and “Livin’ Our Love Song.”

Josh Thompson’s (www.joshthompsonofficial.com) debut album, Way Out Here (Columbia Nashville, 2010), started climbing the charts as soon as it was released in February. The title track became an immediate hit, joining his 2009 single “Beer on the Table” on the Billboard chart. In addition to his own album’s success, Thompson co-wrote with Jeremy Campbell the title track to Jason Michael Carroll’s most recent album.

The latest single from Lee Brice (www.leebrice.com) and the title track to his CD, Love Like Crazy (Curb, 2010), is in regular play and has hit the top ten. Brice, a native of Sumter, South Carolina, played football for Clemson University before striking out as a singer/songwriter in Nashville. He now shares writing credits with the likes of Garth Brooks and Tim McGraw.

“We are so grateful for the generosity of Harrah’s Cherokee to sponsor and host such an exciting event to support professional development for teachers in North Carolina,” said Susan Russo, director of development for NCCAT. “The caliber of talent they have brought together for this evening is thrilling for all of us at NCCAT.”

Joyce Dugan, director of education for the Cherokee Central School System, former principal chief of the Eastern Band of the Cherokee Indians and a current board member of NCCAT’s Development Foundation, adds, “I am pleased with Harrah’s Cherokee’s support of NCCAT, one of our region’s greatest assets for teacher education and development. NCCAT does so much to keep our teachers at their peak, so they in turn can help our students reach theirs.”

“Harrah’s Cherokee is proud to support NCCAT and its goal to improve education through the enrichment of teachers, a goal that also is supported by the Eastern Band of Cherokee Indians,” said Harrah’s Cherokee Human Resources and Community Relations Vice President Jo Blaylock. “We are especially proud that the NCCAT concert will be held in our new Event Center, which is a major new amenity in our $630 million resort expansion.”

In addition to the concert, Harrah’s Cherokee Casino & Hotel employees are collecting school supplies and cash gifts for the Development Foundation of NCCAT, which will distribute the supplies to public schools in western North Carolina.

Everyone planning on attending the event should print out their tickets because there will be drawings for door prizes throughout the evening.

Russo said sponsorship opportunities are still available and encourages anyone who is interested in becoming part of this event to contact her at 828-293-5202 or susan.russo@nccat.org.