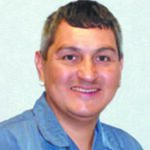 Joel Queen, resigned his position as executive director of the Oconaluftee Institute for Cultural Arts (OICA) following a meeting last month.  He stated he felt as if his ability to lead the school, as well as his teaching ability, were being called into question.

“I hate to leave the students,” said Queen who related he was glad to have had the opportunity to head the Institute and said he wishes the school does succeed under whomever is chosen as his successor.  “They are really good students.  I wish everyone the best and hope for success in the future.”

Several problems Queen felt his dealt with appropriately and promptly were causing conflict between him and school officials.  One problem was him being told that no more equipment would be purchased for the Institute.  After being told this, Queen related that he garnered 501(c)3 status for the school so that the Institute would be eligible to apply for grants that would allow for equipment to be purchased that the students would need.

In his own experience, Queen, an EBCI tribal member and renowned, award-winning potter and artist, spends between $20,000-$40,000 a year on his personal art equipment. He said that amount would be close to the amount needed for the students to be able to produce their work.

Given the idea from Southwestern Community College (SCC), the parent College under which OICA falls, OICA was to be taken into a more independent operation out from under SCC.  Queen started moving the school in this direction, apparently too fast for SCC and this is what brought his leadership skills into question he said.

Since his resignation, Queen is now back full time with his pottery and Gallery.