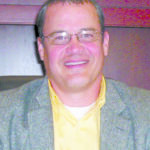 WASHINGTON, D.C. – Assistant Secretary-Indian Affairs Larry Echo Hawk announced on Monday, April 26 that he has named Michael S. Black as Director of the Bureau of Indian Affairs. Black, an enrolled member of the Oglala Sioux Tribe in South Dakota, had been serving as the acting BIA Director since March 18, 2010. He takes over from Jerold L. “Jerry” Gidner who is now the Special Counselor in the Office of the Assistant Secretary-Indian Affairs. Black’s appointment became effective on April 25, 2010.

“Mike Black has served Indian Country and the nation as a dedicated public servant for many years,” Echo Hawk said. “I will rely on him as part of my senior management team as we move forward on initiatives to improve public safety and employment opportunities in tribal communities, promote tribal self-determination through energy and economic development, and honor the trust responsibility.”

Black began his federal career in 1987 with the BIA’s Aberdeen Area Office (now the Great Plains Regional Office) as General Engineer in the Branch of Facilities Management. From 1992 to 2001, he worked in the BIA’s Billings Area Office (now the Rocky Mountain Regional Office) as Regional Facility Manager where he was responsible for facilities construction and operations and maintenance programs. In December 2001, he was named Chief of the Office’s Division of Engineering, where he was responsible for regional facility management, road construction, and road maintenance and safety programs. In January 2004, Black was promoted to the Rocky Mountain Regional Office’s post of Deputy Regional Director-Indian Services, where he was responsible for the management and oversight of Road Construction, Road Maintenance, Tribal Government Services, Credit, Housing, Self-Determination, Social Services, Safety, and Environmental and Cultural Resources Management programs.

Black graduated from Aberdeen Central High School in 1982. He received a B.S. degree in Mechanical Engineering from the South Dakota School of Mines & Technology in 1986.

“I am deeply honored to have been offered this opportunity to lead the Bureau of Indian Affairs,” Black said. “I want to express my appreciation to Assistant Secretary Echo Hawk for his confidence and to affirm my commitment to strengthening the BIA’s mission of service to Indian Country.”